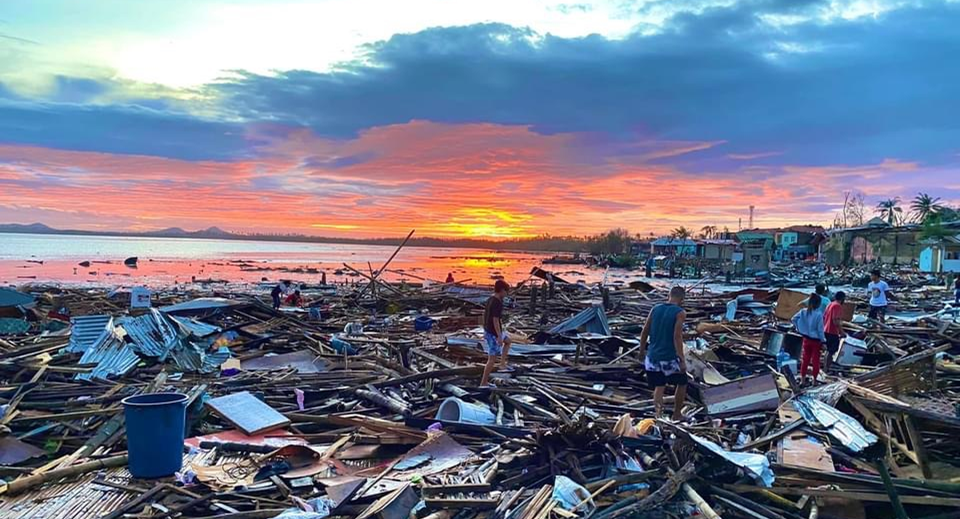 Ubay town victims, whose houses were destroyed by super typhoon ‘Odette’ that struck Bohol last year, received last week P10,000 apiece for the repair of their abodes from the National Housing Authority (NHA) and distributed by the Department of Social Welfare and Development (DSWD).

This came as the national and local governments and even concerned private entities in Bohol continue to help in raising roofs by pouring funds into a state of post-‘Odette’ that ravaged Bohol on December 16, 2021.

But some beneficiaries of the Emergency Housing Assistance Program (EHAP) of the National Housing Authority (NHA) who received P10,000 each during the cash assistance distribution in Ubay gym last week said it’s raising their hopes after months of waiting.

Lucio Caduldulan, 73, a resident of barangay Fatima, Ubay, Bohol said in vernacular that he was hoping for aid from the government would come soon and indeed he received the P10,000 during the cash distribution. He added in an interview that this may help a lot to repair his house destroyed by ‘Odette.’ He expressed gratitude to the agency concerned, Gov. Aris Aumentado and Ubay Mayor Constantino Reyes for the financial aid that came in time for Christmas.

“Nalipay ko para sa atup,” Elma Gabisan, also a resident of the same barangay who queued for over an hour to receive her P10,000 during the cash distribution held at the town’s gym, said in separate interview.

According to DSWD nearly 500 beneficiaries who are mostly from barangay Fatima, one of the worst hit by ‘Odette,’ got the financial aid.

There still are over 80,000 houses in Bohol destroyed by typhoon ‘Odette’ that need to be attended to, according to the Provincial Disaster Risk Reduction Management Office (PDRRMO).

In his speech during the cash aid distribution, Gov. Aris Aumentado thanked the agencies concerned under the administration of President Ferdinand R.Marcos, Jr. for the said aid. He reminded the beneficiaries to use it according to the purpose.

In separate interview, Mayor Costan Reyes said he also said the same message, hoping the cash assistance would alleviate their living in repairing their houses.

As this developed, the provincial government and the Department of Human Settlement and Urban Development (DHSUD) have signed a Memorandum of Understanding (MOU) in launching the “Pabahay Para sa Pilipino Program for 2028” during the signing ceremony held at New Capitol last week.

The Bohol provincial government and DHSUD have been represented by the Gov. Aumentado and Undersecretary Garry de Guzman, respectively. The MOU signing was witnessed by the agencies and provincial officials, including Vice-Gov. Victor Balite.

Part of the DHSUD’s obligation is to assist the local government units (LGUs) and facilitate thru its Key Shelter Agencies (KSAs) in the housing project implementation.

De guzman said in his speech that the agency tries to make the housing affordable to all with minimal monthly fee.

On its part, the provincial government shall locate and allocate a parcel of land that is fit for the project. “It shall comply with technical, financial and documentary requirements as may be required under the program and shall facilitate the processing of all required permits and licenses to be issued by the local authorities for its full implementation.”

According to DHSUD, there still are some six million housing backlog in entire country, coupled with “unaffordable housing” and “no access to house funds.” Thus, it needs some P36 billion per year to build one million house units.

The governor said there’s still a lot of people needing help to rebuild their houses in the aftermath of the typhoon.

Earlier on, Aumentado said that NHA has downloaded P100 million to Bohol for the same purpose of repairing the typhoon-hit houses. This is aside from the need for reconstruction and repair of public school buildings in practically entire province also damaged by ‘Odette.’

He said that the fund was allocated at P25 million apiece to the towns of Talibon, Ubay, Loboc and island town of President Carlos P. Garcia to rebuild the destroyed houses.

Aumentado and Balite personally did the groundbreaking of the housing resettlement in a four-hectare lot in Barangay San Carlos, Talibon town donated by the family of Mayor Janette A. Garcia who was present during the groundbeaking with town and provincial officials recently. The beneficiaries, mostly informal settlers, are those living in shoreline which is now considered a no-build zone after he typhoon.

It can be recalled that NHA has transferred some P55 million during the past administration of then Gov. Arthur C. Yap to help to raise roofs of the victims few months after the typhoon.

Meanwhile, DHSUD Sec. Jose Rizalino “Jerry” L. Acuzar paid a courtesy visit to Calape Mayor Julius Caesar Herrera sometime in September 2022 for potential housing projects to be built in the area and looking into potential land where housing projects may be considered.

During the visit, Mayor Herrera was delighted to have received Acuzar, saying it is an honor for the DHSUD Secretary to take interest in Calape as a potential site for urban development in the Province. Secretary Acuzar made an initial meeting with key officers in the municipality.