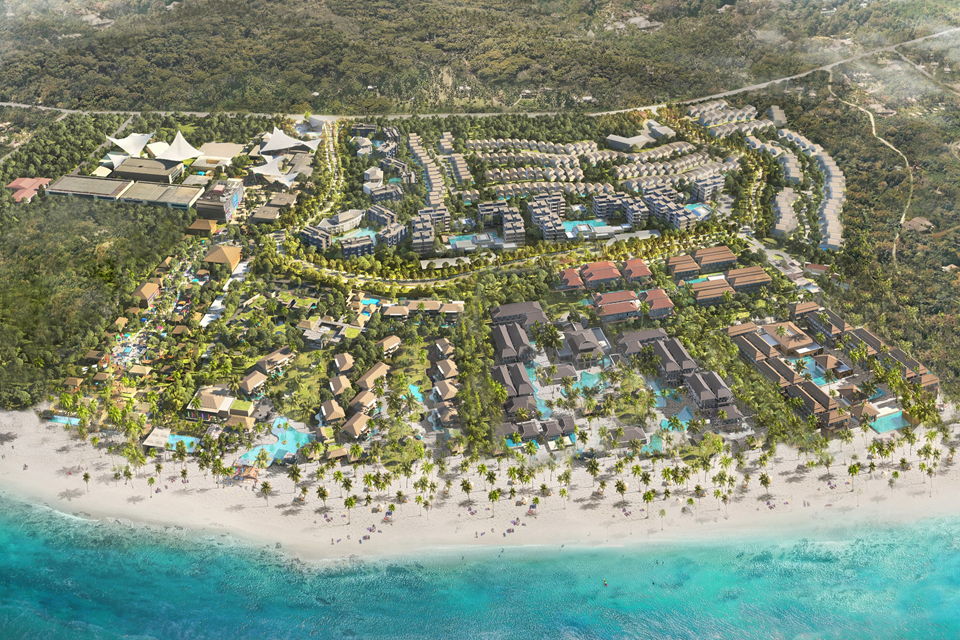 The province of Bohol, which is undeniably one of the country’s top tourist destinations, embarks on a 10-year development plan which will build a “resort town” along the shorelines of Panglao.

Built by the Alturas Group, Panglao Shores will comprise six hotels and resorts.

With this in the roadmap, Bohol is positioning itself as the next big thing in Central Visayas, according to Karen Mae Baydo, assistant chief operating officer of the Tourism Infrastructure and Enterprise Zone Authority (TIEZA).

During the international press conference hosted by Manila’s famous RJ Ledesma, the launching officially announced to the global tourism market the Bohol-based conglomerate’s program to build a P25 billion ($477 million) resort development in the province.

Hope Uy, managing director of South Palm Resort Panglao, during the press conference said  Panglao Shores plans to be more than a resort.

Consultant  Barnett said Panglao Shores will be its own mini-city in the heart of Bohol.

He said the first hotel, called South Palms Resort, will comprise 188 rooms and will open early next year but the entire development is expected to be completed in 10 years time.

Panglao Shores is, for now, owned solely by Alturas Group, which is also the landowner of the giant expanse of beachfront property on the southern coast of Bohol. The Group is owned by the Uy family, who also own numerous malls, resorts, restaurants, agricultural companies, and manufacturing companies here.

Panglao Shores was inspired by South Farm, a community built by Alturas during the pandemic as a way to keep
their staff employed. With South Palms closed during lockdown, hotel employees went from cleaning rooms to
planting vegetables and tending livestock. Everyone, from hotel drivers to marketing executives, got their hands dirty at South Farm, which became a place of healing for the Alturas Group.

While the country was struggling with the pandemic, Alturas Group and its employees congregated at South Farm, and from that, the idea of Panglao Shores was born.

“It was an epiphany for us, a real moment of awakening,” said  Uy.

“The realization was that there was an opportunity to create a generational product, inspired by Bohol, on a scale which would enable a fully-integrated community to flourish with sustainability at its core.”

While the development is a large undertaking, Panglao Shores will be committed to sustainable development and
community integration. The village centers and farmer’s market will connect tourists with locals, the resorts will be
connected with green walkways displaying local flora, and raw goods and food will be sourced from native farmers and fishing communities to boost the local supply chain.

Thousands of Boholanos will be employed to construct and serve Panglao Shores.

As for international eco-building standards, Panglao Shores will be employing environmental design solutions
like solar harvesting, smart technologies, electric transport, waste reduction, water treatment, and other practices that
align with their ethos of “being a good neighbor.” Influenced by developments in Bali and Phuket, the master plan Panglao Shores will combine tourism and hospitality with sustainability in its DNA.

Designed to be a multi-generational family business, Panglao Shores was conceived by Panglao Bay Premiere
Parks &amp; Resorts Corp, a subsidiary of Alturas Group of Companies (AGC), and is a flagship project under the
Tourism Infrastructure & Enterprise Zone Authority (TIEZA). (with reports from Andi Ichimura)