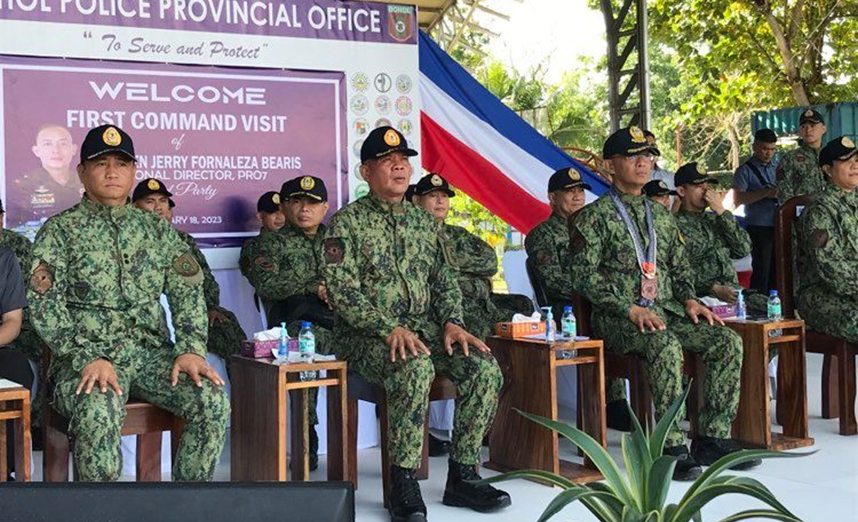 Newly appointed Central Visayas police director Brigadier General Jerry Bearis called on the Bohol Provincial Police Office (BPPO) to assess the status of individuals who previously surrendered as drug users and peddlers under the “Tokhang” campaign of the Duterte administration and recruit them as “anti-drug advocates.”

Bearis, during his first command conference in Bohol on Wednesday, revealed his “Central Visayas Anti-Drug Advocates: Bida ka, Kasimbayanan” program, an initiative aimed at the reformation of drug-linked individuals by inculcating in them “discipline.”

The police official said he has already directed police stations and offices in Central Visayas to account for all “drug surrenderers” in the region and determine if they have indeed ended their involvement in the illicit drug trade.

“We will do the accounting so we can see the status on what they are doing now. Are they still engaged in illegal drugs or are they already our allies,” said Bearis.

Bearis said he has already pitched the program to Presidential Assistant for the Visayas (OPAV) Secretary Terence Calatrava, who in turn expressed support for the initiative.

“We discussed this already and he bought in my recommendation. In fact, he asked me to join him in going to Region VIII so that we could cascade this program,” he added.

The program has also received the support of various mayors in the region including Talisay City Mayor Samsam Gullas.

Bearis hopes that the program would instill discipline in the drug surrenders and ultimately make them law-abiding citizens.

“If we do this by just teaching them harap sa kanan, harap sa kaliwa, pasulong na, kanang panig, pugay kamay, handa kanan tingin, I believe that there will be a certain degree of discipline and a semblance of obedience that will be imparted in their subconscious mind,” he added.

Bearis visited Bohol for the first time on Wednesday as the region’s top cop.

He met BPPO director Police Col. Lorenzo Batuan, his command staff and the 48 chief of police of the province at Camp Francisco Dagohoy in Tagbilaran City.