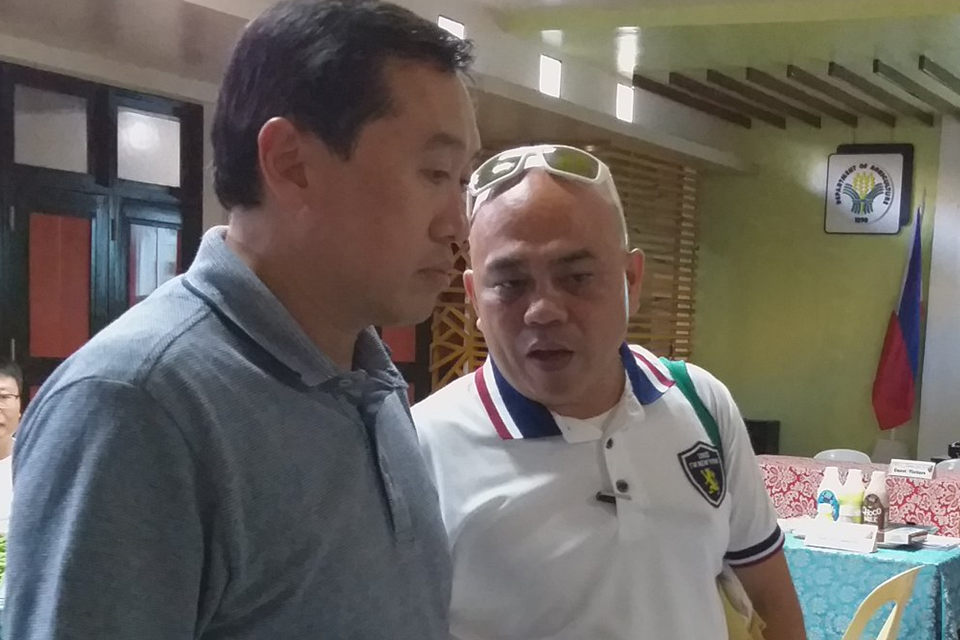 The top agriculture officer of the province was recommended to be sued with administrative charges in relation to the rice program of then Gov. Art Yap dubbed as Advanced Rice Technology (ART) 160 program.

Chairman Leoncio Evasco, Jr. of the Office of Governance Accountability and Review (OGAR) formally submitted last Friday the documents recommending the filing of  charges against Larry Pamugas who is the officer-in-charge of the Office of the Provincial Agriculturist.

Evasco said the administrative complaint to be filed against Pamugas is in relation to the high profile rice project of the former governor.

Chair Evasco said  the board of directors of OGAR has approved the filing of this administrative complaint after a thorough review of the documents presented and the facts of the case.”

OGAR recommended the filing of three charges against Pamugas, namely on grave misconduct, gross neglect of duty and commission of an act punishable under the Anti-Graft Law.

When contacted for comments by the Chronicle, Pamugas said he did not receive yet the copy of the complaint as of yesterday.

Pamugas whio has been serving the government for 25 years,  said he is willing to answer the complaint as long as it’s in line with his work as OIC of the office of provincial agriculture.

The evidence submitted by OGAR to the office of Gov. Aris Aumentado is focused on his function in implementing the Advanced  Rice Technology (ART) 160 program of former Gov. Yap.

Evasco has assured the public that their fact-finding efforts on alleged corruption in the provincial government could yield more results that could implicate top officials including former Governor Yap.

This will be the first set of cases to be filed by the OGAR six months after it was created by Gov. Aris Aumentado to look into anomalous transactions under the previous and current administrations, but Evasco noted that this was just the beginning of what will be a series of exposes.

According to Evasco, evidence gathered by the OGAR shows that “grave” offenses were committed by the previous administration.

The former Cabinet Secretary said that after the filing of administrative charges against Pamugas, separate complaints will immediately be filed against another individual.

The OGAR has options to file the administrative cases before the Office of the Ombudsman or the Civil Service Commission but they chose to file them before the provincial government for swift action on the matter.

He noted that filing administrative cases does not prevent them from filing criminal complaints later even if these involve the same issues.

GUV’S  PROBE TEAM TO BE CREATED

Gov. Aumentado, upon receipt of the complaint, will form an investigation body to look into the alleged anomalous transactions done in the execution of the rice program of then Gov. Yap.

He will announce shortly the composition of the investigation panel.

As chief executive, the governor can suspend or terminate erring government personnel based on the pieces of evidence presented by OGAR.