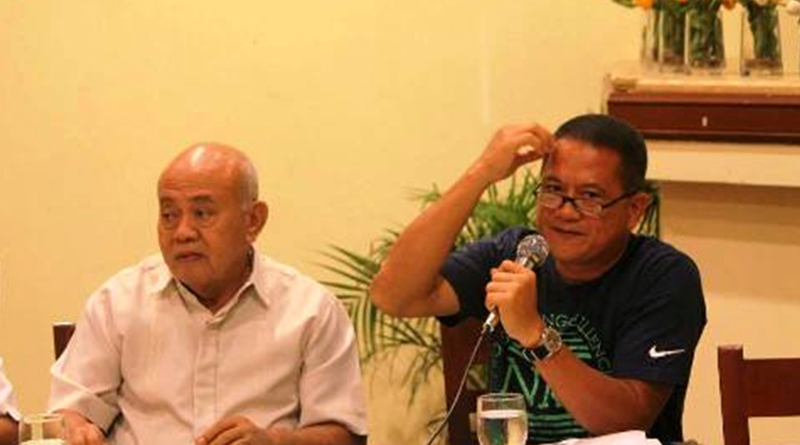 TAGBILARAN CITY, July 16 (PIA) –From basketball and volleyball, organizers of the Bohol Sports Athletic Association (BSAA) would be venturing into other sports fields if only to help youth off drugs and other social menace.

BSAA Sports Commissioner Achilles Amores shared this during the recent press BSAA conference which announced to the media the start of the First BSAA season on July 25 at the Bohol Institute of Technology Gymnasium and which tournament runs through September 25.

Certainly, sports helps get youth out of drugs and keeps them pre-occupied, Amores said.

Many also believe that getting the youth occupied with sports activities and other interesting things for the youth helps them keep off the temptation of venturing into vice or illegal activities.

We used to have three day Private Schools Athletic Association (PRISAA) Meets but athletes can not show their outmost performance in three days, Amores added hinting the need for longer and more structured tournaments to get athletes the perfect time to develop and be in their prime performance.

And speaking of integrated sports development, BSAA, while starting its basketball and volleyball tournaments this year, contemplates on having all the 19 events which PRISAA is currently offering, but on an wider span of time using round robins, cross overs and specific game scheduling mechanics that afford maximum playtime for athletes.

There are yet no definite games to follow, but initially were starting with basketball and volleyball and we do not know yet if we will have soccer next or any other game, suggested Atty Dionisio Balite who speaks for BIT-IC.

But wanting to get serious this time too, organizers said an honest to goodness screening of athletes would be the start of the sports reforms.

Previous leagues, even those handled by government use a syndicated ploy of gathering birth certificates to prove athletes are of right playing ages, but the real players are different persons than those listed in the records.

There will be ejections and banning of athletes caught cheating. And because the athlete documents are attested by managing coaches, they too must be banned from the games and its future competitions, organizers warned. (rac/PIA-7/BOhol)