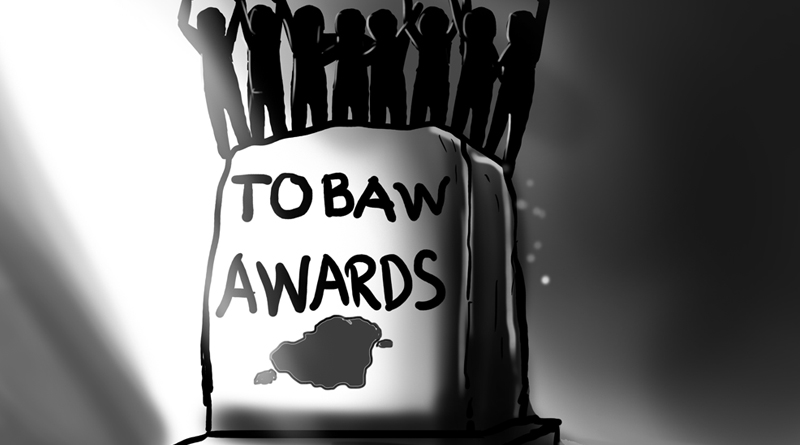 EIGHT SPECIAL PERSONAÂ from here and across the globe receive tomorrow night the coveted TOBAW Â (The Outstanding Boholanos Across the World) awards at the plush Bohol Tropics.

They will now constitute Â part Â of Â the proud Â 65 such honorees beginning in 1999 when they were first conferred awards Â on global achievers.Â  Tomorrow will be the 5th of such honoring.

Aside from what you find in Â the news Â elsewhere in this paper, how significant have these individuals been in their respective fields of endeavors?

For Agriculture, there isÂ Dra Maria Juliet Canete -Ceniza, graduated from the Clarin School of Fisheries and is now a respected professor , an entamologist , who teaches in the Visayas State University Â “insect taxonomy and systematics”. That profession greatly benefits the agriculture industry that characterizes much of the rural Philippines for there are over Â a million insects on record , giving both harmful and beneficial effects to humankind and animals. Hers is an importance source of vital information for Â human survival.

Leo Antonio Abaya, though born in Manila was raised in Tagbilaran City under a physician father. His heart , however belongs to Fine Arts Â where he graduated magna cum laude from the UP major in (Painting).Â  In 2004, he brought his painting skills to a higher Â level with an MA (Painting) Â from Â Winchester Â School of Arts in the United Kingdom. Now a professor at the UP, his visual art exhibits have been shown in Manila, New York Â and London. Abaya believes Filipino art will always be “respected because of its distinctiveness”Â  coupled with the Latin influence of Spanish colonial system and Catholic infusion. He is awardee for Arts.

For Fashion Design in the Field of Arts, no one deserves it better than Tagbilaran-born, and son of a former city vice mayor,Â Luciano “Shanon” Pamaong Jr.Â Â He brings international flavor to his creations having been exposed to the high fashion places in Toronto and New York but most especially in his dealings in the fashion capital of Paris. His shining global marks, however, Â can only be eclipsed by his unselfish nature of sharing his brilliant Â ideas by opening up fashion schools under the Fashion Institute of the Philippines in Ortigas, Makati, Cebu and Cagayan de Oro, producing some of the greatest new Â Filipino designers in the fashion world today.

TheÂ Bohol ChronicleÂ Â is honored to have one of its most respected columnistsÂ Dr Jose “Pepe” Abueva,, 16th UP president, 1992 TOYM (Ten Outsanding Young Men) awardee for Political Science and current president of the Kalayaan College as TOBAW recipient in the field of Education. He continues to excel in the field of academics and have often been consulted by Philippine presidents and high RP Â officials for his impassioned views. A native of Duero, Ka Pepe is known for his preference for federalism and parliamentary form of government for the Philippines. He is the brother of the first and only Boholano National Artist Napoleon Abueva ,famous sculptor. Their parents Teodoro (a former congressman) and Purificacion Veloso are World War II heroes.

The first career man to ascend to the zenith Â of the nation’s top investigation agency – the NBI (National Bureau of Investigation”-Â Atty Virgilio L Mendez- Â isÂ TOBAW awardee for Law. A seminarian at the IHMS in Taloto, he took up Law and applied at the NBI in 1978 -where he has stayed for over three decades ,offering a low key but effective profile that got the notice of president Noy Aquino for his anointed ideal as NBI chief, as he was also not identified with any politician. He got involved or busted many celebrated cases including the Atimonan Quezon massacre-rub-out, Aman Futures and Rasuman Â investment scams, the LRT bombing of 2000, the Kae Creevantes murder case, the Cagayan de Oro bombing, and the arrests of Boy Muslim and Â Abdul Malang Abas.

For Medicine, it is certainly apt to bestow such honor on a Â practicing ER and General Family Doctor professional Â in Pennsylvania and Philadelphia with medical licenses to operate in the other states of Florida and Kentucky.Â  The doctor who hails from Loon and a relative of the Â 1st district congressman and Loon town vice mayorÂ Â Dr Nicanor Lopez,Â though a popular doctor of medicine in the USA is best appreciated as a great leader whose second nature is to help Boholanos everywhere in whatever capacity he can. Dr Nick Lopez has been head of many Boholano associations including the great CONBUSAC who laid the foundation of the TBTK that is being held Â here currently.Â Â Â Dr Lopez is also a very amiable person.

PNP Chief Supt Edgardo IngkingÂ Â of Tagbilaran City is set to retire in August this year -with a distinguish career and with one star in his uniform as general.Â  A PMA graduate of 1992, he spent 5 years in the ships of the Â Philippine Navy and Coast Guard before entering the PNP Â in 1991. He was Coast Guard commander for both Cebu and Ormoc and as a PNP was a regional officer before accepting a scholarship abroad and Â became a provincial commander in his native Bohol when he came back.Â  As head today Â of the (DIDO) Â , Directorate Â for Integrated Police Operations , he was in the news recently for heading the BOI (Board of Inquiry) on the Mamasapano incident that caused the death of 55 SAF (Special Action Forces) .He had a fine record while heading Â the police force here.

The Award for Public Service, uncannily went to Â a “man of the cloth”Â Â Archbishop Bernardito Auza, who holds a distinguish Â position now as Permanent Observer to the United Nations New York as overseer of the Holy See.Â  Originally from Talibon, like Director Mendez of the NBI, bishop Auza is also a graduate of the high school IHMS seminary. He is a very learned man and his distinction in being an official Â Vatican representative in the UN says much about his credibility and personality. Auza has a doctorate in Sacred Theology 1990 and went through the Vatican diplomatic and linguistic schools prior to his assignment.

From their many distinctive achievements and unique contribution to society in many different ways, we congratulate Â today all the TOBAW awardees for a prestigious award that is more than well deserved.

May your tribe increase, except, of course, that of Â Archbishop Auza. Shalom!