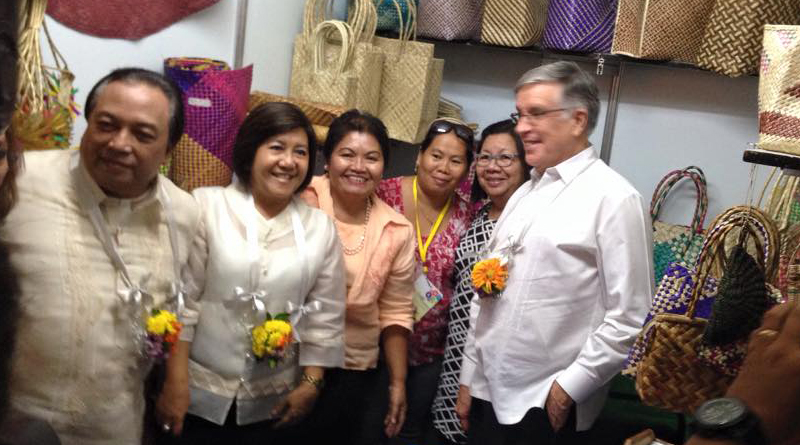 This year, the bigger sales on record had been attributed to cash sales and booked orders.

Something different and inspiring this year was that the sales already reached P1.4 million on the first day, even before the official opening, she added.

Caberte said processed food topped the sales, as well as the high-end products by exporters from Cebu and other regions such as house wares, home decors, furniture, and fashion accessories that had been noted to have attracted most of the consumers.

The exhibitors were also able to showcase excellent collection of products this year as a result of intensive product development last year.

Raffia and loom weavers from Tubigon also got booked orders of considerable value.

Caberte also said she finds it good to note that many local establishments purchased bulk supply of the products and even negotiated with the exhibitors for the products to be available in Bohol throughout the year.

Around 100 exhibitors from Cebu, Bohol, and Mindanao participated in the weeklong Sandugo Trade Expo as one of the highlights of the Sandugo celebration on July 22- 27.

Exhibits of furniture are the latest addition this year.

DTI Undersecretary Zenaida Maglaya who graced the opening of the trade expo noted the participation of entrepreneurs from Mindanao, expanding the array of products on display.

Maglaya believed that the trade expo serve well in terms of sales that it attracted more exhibitors.

Indeed, the trade events have been effective in marketing products, according to Maglaya.