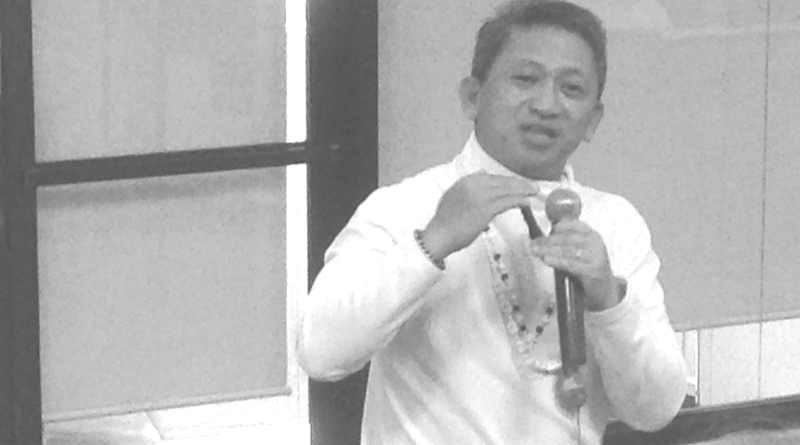 Top-notch lawyer, Raymond Fortun, calls on different sectors in the community—especially schools—to come up with action plans to protect schoolchildren from cyberbullying.

Fortun came last Friday to speak on cybercrime, cyberbullying and the introduction of online libel before the faculty of Holy Name University and law students of HNU for the Law Daysâ€™ tradition of holding Dean Mumar Memorial Lecture.

Fortun suggested that schools hold symposia about the Philippine laws on cyberbullying, get the administration and teachers involved, set up in-campus support groups, maximize the Boy Scouts 2008 Handbook that addresses how to deal with only bullying, establish community support, film showing on cyberbullying media materials such as the â€œOdd Girl Outâ€ and â€œCasual Vacancyâ€ that tackle issues related to bullying.

Fortun cited the statistics showing an alarming trend of emotional distress including suicide attributed to bullying.

He cited that in Australia 7,418 students reported cyberbullying; while in Canada, the survey on middle schoolers showed 23 percent had been bullied by email, 35 percent in chat rooms, 41 percent by text messages on cellphones, and 41 percent had no idea who were bullying them.

He added that in United States, around 1,500 students between grades 4-8 had been bullied wherein 42 percent were bullied while online, 35 percent were threatened online, 21 percent received mean or threatening emails and 58 percent never told their parents.

According to Fortun, the cyberspace gives an opportunity for persons of ill will to â€œunjustly ruin the reputation of another or bully the latter by posting defamatory statements against him that the people can readâ€.

Cybercrime offenses include cybersquattingâ€”acquisition of a domain name in bad faith to profit, mislead, destroy reputation and deprive others from registering the same; cybersexâ€”willful engagement, maintenance, control or operation, directly or indirectly, of any lascivious exhibition of sexual organs or sexual activity with the aid of a computer system for favor or consideration; libel; and cyberbullying.

He cited scenarios where statuses in social media hits particular individuals without naming the targets, blogs with anonymous authors put some individuals to bad light, names of individuals or public figure are changed to connote a satire, private message sent to private persons that is against someone, pictures edited without permission or used by posers, or parties bashing in the comment box.

Fortun also explained that only original authors of defamatory posts published on the internet could be sued for libel in relation to the cyber law.

While there is still no means to trace the exact computer or gadget used by authors of malicious materials spread through cyberspace, the technology available to law enforcers could locate where the malicious materials were prepared and it would then up to the investigators to be resourceful enough to do follow up operations to find and identify the culprits.

Another challenge is the difficulty and the cost to run after offenders who are based outside the country, he added.

The cyber law forum clinched this yearâ€™s HNU Law Days as showcased in the annual Dean Mumar lecture in honor of the first dean of the HNU College of Law.

The HNU Law Days 2015 opened with the extemporaneous speaking contest and the debate on the proposed Bangsamoro Basic Law on August 7.

Bryan Tan, representing the fourth year level, delivered the best extemporaneous piece on the qualification of Senator Grace Poe to run for President in the May 2016 elections.

Other contenders wereÂ Justin Amora for the first year, Mae Angelyn Te for the second year, and Kirstie Faith Tabel for the third year level.

In the evening, the faculty and staff and the law students gathered for the honoring of new lawyers–Neil Eric Ochoco, Rex Solarte and Ed Michael Supremo,Â and acquaintance party at the Bohol Tropics Resort.

Students in the Deanâ€™s list also received recognition medals during the event.

On Day 2, the second year-third year team had their turn to emerge champion in the basketball men category.