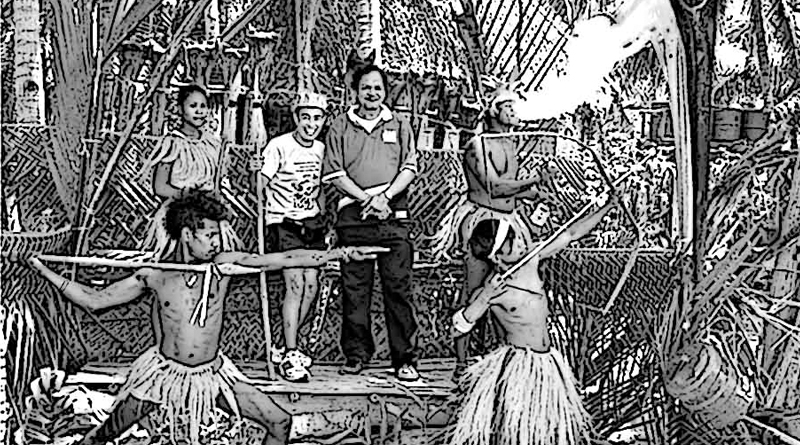 AFTER THE Â 7.2Â earthquake in late 2013, tourism in Bohol stood still . Tourists were scared of the aftershocks, resorts and hotels Â had power blackout when the interconnected underwater electricity cables from the geothermal source in Leyte were damaged an Â many centuries-old churches destroyed.

Today, a year and a half after, tourism is abuzz again -proven by the eight daily Â direct Manila flights and fifteen fast craft boats from Cebu. Power is stable , roads and bridges upgraded and tourists found out the major Bohol top draws : Panglao white sandy beaches, the iconic chocolate hills, the Loboc river boat ride and the tarsier watch were in fact Â intact, after all.

Besides, Â the Bohol government had always encouraged the “One Town, One Tour Site” development and the JICA (Japan International Â Cooperation Agency) SEPP ( Sustainable Environment for Panglao) program had encouraged the development of newfangled tour sites in other places in order to spread the benefits of tourism, according to Sinichiro Â Tanimoto of JICA. What is the result?

Bohol has developed an alternative to Panglao whose beach fronts are slowly occupied by new big players like the Hennan group, Bellevue and Bluewater hotel and resort operators in anticipation of the P 7.3-Billion New Panglao Bohol International Airport in 2017. This is Anda town, a Â two hour ride from Tagbilaran city – a picturesque, rustic Â town with an 8 -kilometer stretch of white sand which Â is complimented by Â diving sites and adventure trips to prehistoric caves, islands Â and mountain sides.

After the earthquake, some 400 hectares of “uplifted land” appeared between the towns of Loon and Maribojoc where there was once sea water and is now considered to be a “geological monument” to soon house Â a museum with at least Â 10 hectares open for tourism amenities. Â The 7 -kilometer land fault Â (caused by the earthquake) itself and the devastated churches have themselves become Â “stories in themselves” that invite many camera- bearing tourists.

In Loboc, while some of the river boats were destroyed, the town folks have developed the “SUP” -stand-up paddle ride where a single individual , using wood or inflatable flats Â can paddle his way through the river byways like a sturdy explorer of the wild.

The 200-kilometer paved road that covers the entire outer periphery of Bohol and Panglao island itself has become a bikers’ haven- as they view the breath taking sculpture of the island against the clear blue Bohol seawater.

In interior town Antequera, foreign tourists can now enjoy the thrill of staying in a nipa hut, riding a carabao plough and planting rice in a muddy field while Â sipping a cool coconut milk drink and finding out that “planting rice can also be fun.”

In the Â mountain tops of the Â towns of Duero, Pilar , Sierra Bullones and Candijay exists a tribe called Eskaya, whose descendants Â  reportedly came to Bohol in 12th century AD, possibly from Sumatra Â -who have preserved their own culture. language, calligraphy and dance- once of which is Â named “Sinarliston” but Â is uncannily similar to the old American dance emanating from South Carolina called Charlston.

In Â the mid-province town of Danao, the earthquake had destroyed its famous “Extreme Adventure ” rides, whose Â long ziplines and The Plunge activities used to rake Â in millions for the town monthly. Today, Â they have have developed new treks inside two caves named Â Kamira and Baliho.

Finally, there is a new sand bar pilgrimage near Panglao island called “Isola de Fancesco” in honor of stigmata-bearing , the saint Padre Pio (10 minute boat ride) developed by millionaire Ramon Rodriguez Â which is open to the public for free. It is greatly used for meditation and swimming at the sand bar frills.

And the list goes on – as even the city is Â also developing a new tour site where now stands the sculpted replica done by national artist Napoleon Abueva in Bool district of the famous Sikatuna-Legazpi blood compact rites. On its shores below will soon be an exact replica of the galleon used by Admiral Legazpi , which will house souvenir shops, restaurants and a stage to run cultural shows.

The Boholanos, indeed , indeed have the ability to make lemonade when they got lemons Â This Â once in display again.