How to avoid falling prey to ‘laglag bala’ scheme 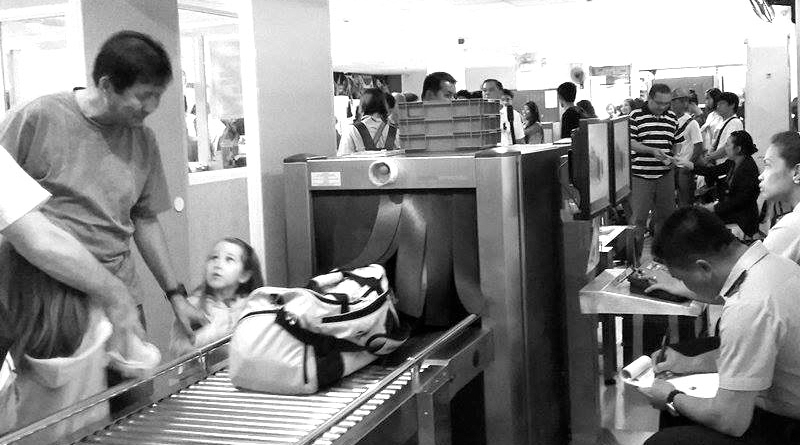 How to avoid falling prey to ‘laglag bala’ scheme

Seen: Benjie Oliva on CPG:Â President Carlos P. Garcia (CPG) has been my inspiration in pursuing my career in government with utmost integrity, excellence and performance starting as a casual employee of the provincial government of Bohol to National Youth Commission (NYC) Commissioner and currently as Cooperative Development Authority (CDA) Administrator. His virtues and brand of leadership has been my guide that honed me as a better public servant and a better Boholano. His principle and his being a nationalist has been my direction in d formulation of policies and development programs. How I wish I could follow his footsteps in politics.

The Artologist Gallery will present an artÂ exhibit entitled â€œBohol-Buholâ€ on Nov. 10.

The artists are a vibrant mix of established and emerging artists who are natives of Bohol, some of whom are still based in their hometown and some based in Manila. Their works showcase the wealth of Boholano artistry spanning a healthy breadth of genres from realist works that stress the islandâ€™s natural wonders, to abstractions that have challenged the works of contemporary artists in the country and around the world.

Cynthia Velasquez, 52, sealed her luggage with a packaging tape at her home in Anda town before she went to Tagbilaran Airport.

â€œThis is 100 percent safe,â€ she said, gesturing toward her luggage, visibly secured by packaging tape on the outside.

â€œThey are indiscriminate in choosing their victims,â€ said Velasquez, referring to the tanim-bala extortion ring. â€œBetter safe than sorry,â€ she said.

But according to the PNP-Aviation Security Group, there is no reported â€œlaglag-balaâ€ incident in Tagbilaran Airport.

Tagbilaran City is the main gateway to the province.

â€œOur screeners undergo a pat down and secondary screening to make it sure they donâ€™t bring anything,â€ said Ramos.

The â€œno touch policyâ€ at the Tagbilaran Airport was also strengthened to prevent such incident. Screeners are not allowed to handle or touch baggage to prevent any incident of so-called planting of contraband or other illegal items on passengersâ€™ belongings.

Aside from these, Ramos said that lists of prohibited items are posted inside and outside the airport to warn passengers.

Closed-circuit televisions (CCTVs) were installed in departure and arrival areas, airport lounges, screening areas, and other key places in the passengers terminal, according to Ramos.

Ramos said if anything suspicious appears on the X-ray machine, police and a witness would be called and the passenger would be the one to open his or her bag for checking.

If a bullet, or any banned substance, is found, a police officer would conduct an investigation and determine probable cause to file a case.

However, she said that although there were no reported incidents of â€œlaglag balaâ€ at Tagbilaran Airport, but there were cases of passengers found with bullets.

â€œPassenger carrying a bullet is not a new case,â€ she said.

She said, however, most of these bullets were amulets orÂ anting-anting.Â â€œMany people believed that a bullet can be an amulet, that it has the power to protect its owner from danger or harm,â€ she said.

In 2012, a passenger was arrested for carrying bullets at the Tagbilaran Airport.Â Â Seven live cartridges were found neatly packed and kept in the passengerâ€™s bag when screening officers found it on x-tray. The passenger could not offer a satisfactory explanation or the necessary documents for carrying the bullets.Â Passenger was immediately apprehended. A case was filed against the passenger.

Carrying ammunition on a plane is prohibited by law.

The incidence of bullets being â€œplantedâ€ in the luggage of travelers is very scary and I am sure, you donâ€™t want to happen to you.

Here are five tips to avoid the tanim-bala racket: keep a close eye on luggage and never allow strangers to handle these; close all zippers, pockets of luggage and seal these; keep an eye on the luggage as it passes through X-ray machines and metal detectors; quickly retrieve bags in the X-ray machines; and never accept luggage from strangers.

Do not accept packages (padala/pasalubong) from anyone. If you accept any padala/pasalubong, check thoroughly its content even if it came from your relative and friends.

In aÂ Facebook post, the Philippine Expats/OFW Blog Awards gave four tips on what to do when an airport personnel accused a traveller of having a bullet in his or her luggage.