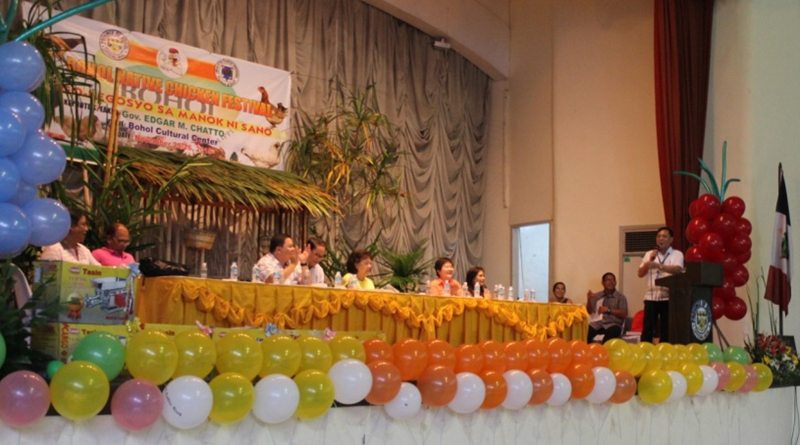 Tagbilaran City, Bohol, Philippines.The Department of Labor and Employment through its Bohol Field Office took part in the 1st Native Chicken Festival on November 25, 2015. The event was also themed as â€œGo-NegosyosaManokni Sanoâ€.

Associations from different towns in the province who engaged in breeding and selling native chickens gathered together to celebrate and help the Provincial Government raise awareness to its fellow Boholanos about the growing demand native chickens.

The event kicked off with a motorcade participated by different associations, representatives from the private sector and government employees.

DOLE Bohol OIC German A. Guidaben as one of the speakers cited that the Department of Labor and Employment had released around 9.7 Million in Native Chicken Production Livelihood assistance to 52 Rural Workers Associations (RWAs) from 2014 to 2015 in Bohol alone.

Vice Governor Concepcion Lim highlighted that the demand for native chickens is very high but the supply is really low. â€œI encourage you to raise native chickensâ€, she stated.

Everyone in the festival got a taste of roasted nativechickens for free. Other cuisines were also showcased outside the venue. Some stalls were also selling live native chickens.

Bohol is aiming to sufficiently supply native chicken meat for the provinceâ€™s own consumption and provide more for the markets outside the island. (By Â H. PizaÃ±a)