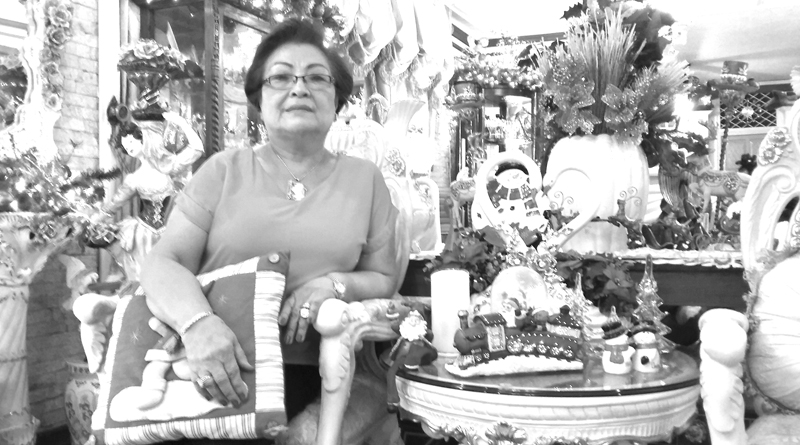 Scene:Â Police Inspector Joseph Lopena, chief of Loboc police station, will urge authorities to put warning signages and designated photo-stops at the famous man-made forest in this province after a tourist met an accident while taking a â€œselfieâ€ along the highway. Lopena said that he will suggest the idea to theÂ Â  municipal peace and order council meeting by the end of this month.

Scene: AÂ paper bag left unattended at Carmen Public Market caused a scare on Friday night. The bomb scare turned out to be a false alarm. The EOD said the bag did not contain an explosive device butÂ two broken cellphones wrapped with electrical tape and tiny wires.Â Â Police said they will review the closed circuit television footage to determine if the case was intentionally or accidentally left at the area.

Wishes will come true for fans of Christmas upon visiting the â€œMost Christmassy Houseâ€ of Hermila â€œMilaâ€ Lim on M. Torralba Street, Tagbilaran City. Her house features a miniature Christmas village and adorns with many Christmas decorations.

Mila started her Christmas Village in 2008. Her creation was so highly appreciated by her family and friends who would come to enjoy the wonderful Christmas display.

â€œThis is my hobby and this gives me enjoyment during Christmas time,â€ says Mila.

Upon entering, a visitor immediately hears the song, â€œDeck the Halls,â€ and sees a garden decorated with small snowman figures.

The Christmas village at the main entrance has at least 60 houses and colorful mini-shops. It is filled with trees of green and gold, Â miniature skiers up and down the slopes, carnival rides, dancers twirling to a waltz inside a gazebo, skaters in the park, Santa Claus dancing and flying on sleighs, and a Christmas train running in circles.

She has also collected at least 120 Santa-themed items in different sizes and configurations. Â Â Fascinated by St. Nicolas since childhood, MilaÂ  has adorned her house with Santa Claus images of different shades and shapes collected for the past 15 yearsâ€”at the doorsteps and all over inside the place. These include a drunk Santa, a photographer Santa, a Santa Claus band, Santa in a parachute, playing the violin, singing and dancing Santas with reindeer and even a Tarzan Santa.

Mila has extends her Christmas decorations throughout the house and ornaments her kitchen and dining room for Christmas as well.

The sala is turned into aÂ dazzling winter wonderland set aglow with Christmas lights and decorations.Â  The fireplace area is a unique setting of a cottage modeled after Santaâ€™s village at the North Pole. The Limâ€™sÂ grandfatherâ€™s clock also reminds visitors that Christmas is only few days.

Even the kitchen is very Christmassy,Â  too.Â Â Spatulas, muffin tins, dishtowels, and more â€“ Mila incorporates them for a unique look this season.Â Drinking glasses and place mats bear the Christmas motif, acquired during Milaâ€™s travels with her husband Teofilo to Israel, Australia, Hong Kong and China.

This year, four items were added to the Christmas village. She has introduced many renovations but the family tradition and holiday celebration remains unchanged.

Tubigon lights up, ignites for Christmas

More than 2,000 people turned out to see the big switch-on on Friday night at Tubigonâ€™s Christmas lights at the town plaza, one of the brightest in Bohol as the enormous Christmas lights display attracts visitors from neighboring towns.

It will be illuminated for at least 8 hours a night until January , according to James Â â€œJingleâ€ Tripoli of the office of Mayor Marlon Amila.

The display has 30,000 light bulbs, twinkling icicles, life-size stables with nativity figures which were made from indigenous and recycled materials.

James Lofranco said: â€œWe started decorating the plaza during the administration of Mayor Marlon Amila, and each year it’s got bigger and bigger.â€

â€œThe switch-on is a lot of work but it’s also really exciting. All our friends and family come along to help and the whole community turns out to see the lights go on,â€ he said.

Meanwhile, the town plaza of Calape is also truly a visual in the eyes as it is decked with numerous Christmas lights and symbols.