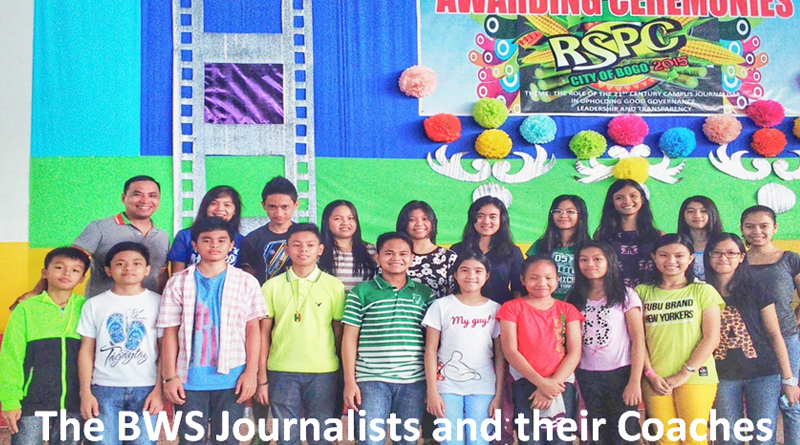 Regional Schools Press Conference (RSPC) was again held to bring all the best of the student writers in entire Region 7 with the theme: â€œThe Role of 21st Century Campus Journalists in Upholding Good Governance, Leadership and Transparencyâ€. This yearâ€™s RSPC was hosted by Bogo City Division, Cebu. It kicked off with a parade on December 7, 2015, at Bogo Amusement Center which ended atDon Celestino Martinez Sports and Cultural Centerwhere the grand opening ceremonies were conducted to acknowledge all the approximately 4000 student journalists, coaches and school officials from the 19 divisions in Central Visayas.

December 8 and 9, 2015 were theÂ  strenuous days for the writers and coaches alike since all the contests were done on those days.Â  News writing, Copyreading and Headline Writing, Editorial Writing, Editorial Cartooning and Photojournalism were the competitions done in the first day. On the second day, the events were Feature Writing, Science and Technology Writing and Radio Broadcasting and Script Writing.

The awarding and closing ceremonies on December 10, 2015 gathered the young and hopeful journalists with their coaches at the above mentioned venue. The announcement of winners was done quickly. Each of the categories in both English and Filipino has to declare the top 5 winners. Among the declared winners, Bohol Wisdom Schoolâ€™s grade 6 studentJulia Nicola Avergonzado garnered the second place in the Feature Writing contest. She will then qualify in the National Schools Press Conference (NSPC) to be held in Koronadal City sometime this summer.

The budding journalists of Bohol Wisdom School had undergone an arduous preparation for them to compete well in the RSPC. They were being trained by Mr. Billy O. Cosares, the campus paper adviser, with the assistance of Miss Nesie Fe G. Binatero.