THE NIGHTMARE OF 1 MILLION IMMIGRANTS 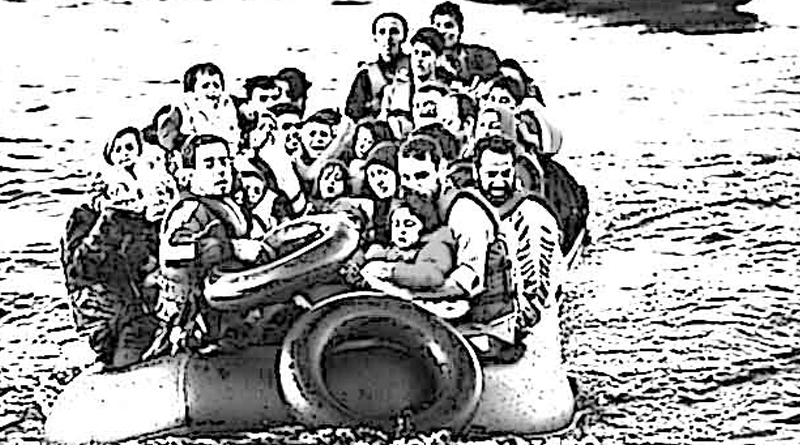 THE NIGHTMARE OF 1 MILLION IMMIGRANTS

NEVER EVER SINCEÂ World War II has the world seen so many immigrants leaving their homelands to seek asylum from persecution, poverty and violence than today.

It would make the exodus of thousands of Vietnamese -escaping the American bombing in the Vietnam war in the 70’s- look like Â a children’s party.

We Filipinos complain vehemently about highway traffic or when we miss one meal in a day. But that’s a picnic compared to what 1,006,000 immigrants suffered to 2015.

This early of February, the horrible winter has already pushed 60,700 new immigrants and very recently- gunfire from Russian-supported Syrian soldiers pummeled 30,000 Syrian immigrants into the borders of Turkey.

The biggest recipients of immigrants have been Greece, Bulgaria, Italy, Spain, Malta and Cyprus, among a few others. Â The problem is exacerbated Â by the fact that many of them are relatively in dire economic straits like Greece which has a starving capital in Athens and Spain as well. The EU had to support these weakened economies.

This is because despite, wired fences, Â teargas and asset seizure – the wave of immigration is expected to continue. Although Sweden has most immigrants per capita (60,000 immigrants with a population of only 9.5 million), Turkey has been most reluctant.

For the rest of Â Europe- they face an enormous problem to house and feed these immigrants; face the risk of terrorists coming in with them and the displacement of their locals as the EU countries will have skills training for the immigrants so they can find jobs.

How far can the EU countries banner a “Welcome Sign” to immigrants without courting political and social discontent among the locals?

But for humanitarian reasons, it is always difficult for these nations to look the other way, The immigrants ,for the large part, escape through boats and some by land and rail. Â However, 4,000 of them had died trying to cross in 2015 and 400 of them this early in 2016.Tragic is the Â word.

The Greek island Legbos , which used to house thousands of dead bodies from drowning has run out of space and the Greek coastal island of Izmir used for the same reason has been the final resting place for those immigrants who drowned trying to take the Aegean Sea route.

Certainly criminals had taken advantage. Gangs have made slaves of immigrant applicants just so they Â can get a boat ticker across to Europe. Indeed children have been most victimized with 10,000 of them already missing from the immigrant ranks.

We must also remember that next to illegal weapons and drugs stands the crime of Â “human trafficking” which has victimized Â at least 20 million people worldwide. The immigrants’ poor predicament make many of them vulnerable to human trafficking.

Although Sweden had made their auditoriums, hotels and tens available to house the illegals, in Finland ,many of the immigrants Â decided to go back home -very disappointed with their “new home”.

It is a horrifying sight to see them claw and fight for survival even among themselves.Many of them cross deserts not knowing their real direction- only advised by those they meet on the way for enlightened direction.

Of course, EU is not the best place to be in this era. It could be Canada or Australia which has a total population of 24 million , half of Â them legal migrants, There is so much land and resources for so few a people in Kangaroo Country.

Unfortunately, that country is oceans away from the the Middle East.

The Philippines, though not yet a rich nation, has expressed intention to accept some immigrants. There has been a precedent to this when RP accepted thousands of fleeing Vietnamese and gave them a village to live in Welfareville Mandaluyong for many years.

That our country could afford to do that – underscores how much better placed we Filipinos are in a very disturbed, disturbing world today.

The Immigration Crisis remains a Â formidable multi-headed hydra hankering for a global solution. It will not be easy, we assure you.