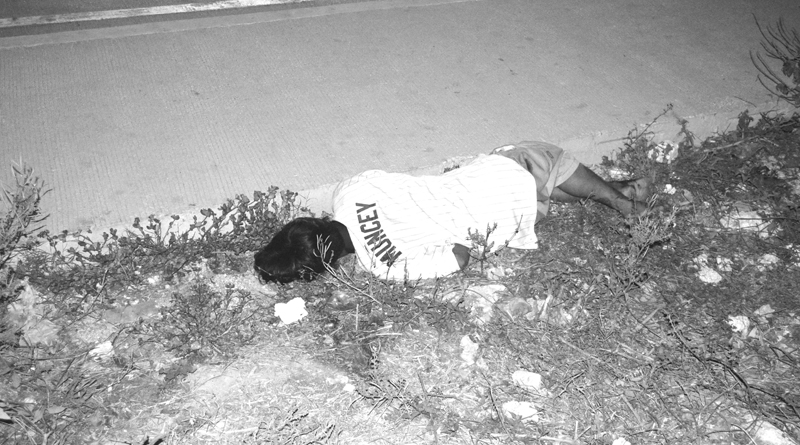 It keeps coming, but it still shocked city residents to hear that in one night, three persons had been shot in two spots in one stretch near the Tagbilaran Central Public market.

Two of the three victims had been shot near the intersection at J.A. Clarin St. adjacent to the City Hall. One of the victims was Raymund A. Slising, 24, of Teguis, Lila town is a top theft suspect in the police blotter and was an ex-convict. He was walking with his live-in partner identified as Carla Marie Magason, 17 of Dampas, this city. Magason was brought to the Gallares Hospital where she died an hour after admission due to gunshot wounds.

The triggermen brought a 45-caliber and 9 mm pistol as evidenced from the empty shells at the crime scene near the Central Market.

A motrocycle riding bystanders who went to the scene to check the burst of gunfire was also shot from a distance. Elmar Anthony Garcia, 23, single, a student, from Mati Davao was riding on his motorcycle with his girl friend Gwen Marlel Dagala, 22, single of Remolador St., Tagbilaran City. Both of them were also shot by the unidentified suspects. Garcia died while Dagala survived.

City Police Chief George A. Vale said the suspects identities are being traced by operatives.Â (with report from Willie Maestrado)