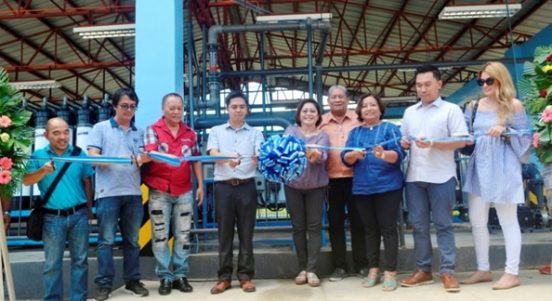 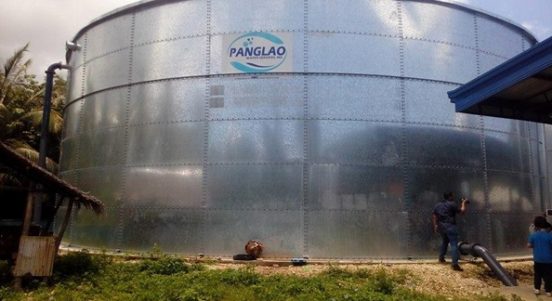 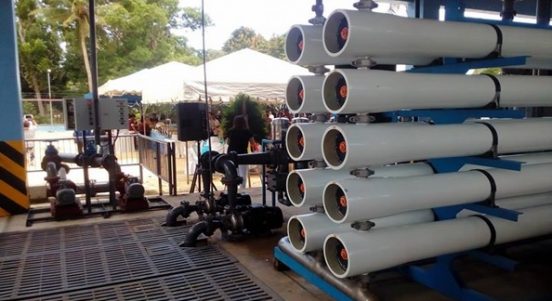 PANGLAO. Officials here led by Mayor Nila Montero and Vice-Mayor Pedro Fuertes and an investor inaugurated on Friday water treatment and supply facility tapping brackish water and turned it to potable one.

Mayor Montero said in her speech that the ‘thirst’ for lack of clean water that has become a perennial problem of the townsfolk that caused untold kidney-related ailments may now a thing of the past following the opening of the facility.

She said that when she put up her beach resort sometime in 1986 until she assumed as local chief executive here they struggled to make this dream a reality.

All questions and criticism lobbed against her administration were hard to address since they’re not experts, she admitted until she invited the National Water Resources Board (NWRB) to shed light on tapping water resources. Since then, the agency, she said, assists the town and other entities in securing permits and monitoring and establishing standards of water supply.

President and chief operating officer (CEO) Gabino Abejo, Jr. of Panglao water Services, Inc. (PSI), a subsidiary of Abejo Water Corporation, said that the company to deliver water to whoever is interested. He promised the company will always adhere to high standard of clean water.

Project engineer Joemar Gigtinta said that the plant situated at barangay Looc consists of two giant tanks — one for ‘raw’ water and the second for ‘produce’ (clean water ready for delivery). Each cistern is capable of storing 1,500 cubic meter of water.

It has also a treatment facility considered the first of its kind in the province complete with systems and processes that turned brackish (or salty water) to drinkable water, Gigtinta said.

He said that they sourced out (brackish) water from drilling water after testing of ten sites in barangays  Lourdes, Looc, Bolod, Bil-isan, Danao and Tawala, where resorts are mostly located.

Gigtinta said that the company estimated to have invested some Php200 million has complied with all the necessary requirements, including the Environmental Clearance Certificate (ECC) and license issued by the NWRB to drill wells in the area.