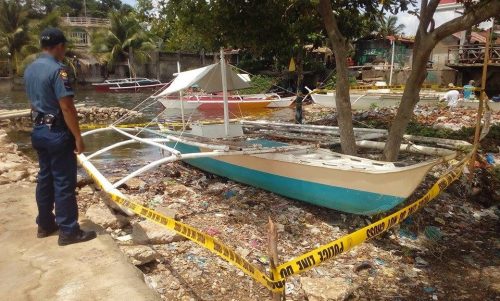 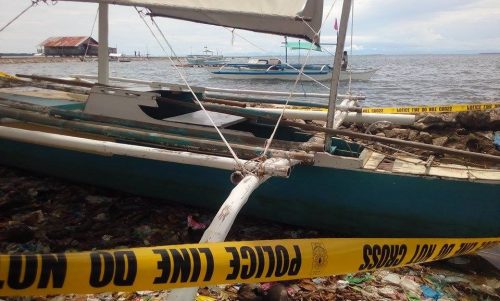 A sample of the blood found in a pumpboat believed to have been used by the alleged killers of Mayor Gisela Boniel when they dumped her body in waters off Lapu-Lapu City was delivered to the crime laboratory at Camp Crame in Quezon City on Wednesday.

Authorities of the Philippine National Police headquarters’ crime lab will be taking initial steps to determine if the smudges of liquid substance found on the sea craft which was moored to an island-barangay in Bien Unido last week is Boniel’s blood.

According to Supt. Pinky Ancog, chief of the Bohol Provincial Police Office crime lab, the substance will be subjected to a forensic serology examination to verify if this is indeed human blood.

Police will then be requiring swab sample from the victim’s blood relatives for DNA testing should the substance be proven to be human blood.

Meanwhile, authorities are already planning to take a swab sample from Boniel’s 4-year-old son if the mayor’s siblings and mother will not be able to provide this.

For his part, Central Visayas police director Chief Supt. Noli Taliño said that he is positive that Boniel’s body was thrown into the sea, as witnesses have already pointed out.

He also noted that it is likely that the blood found in the pumpboat is of the allegedly slain mayor.

The said motorized banca was found by authorities in Barangay Malingin, Bien Unido on Friday last week, two days after Boniel was allegedly killed by her husband, Niño Rey Boniel.

It was located through a testimony made by Riolito “Ethad” Boniel who told authorities of the boat’s whereabouts.

Riolito was also the one who claimed that it was Niño who pulled the trigger and shot Gisela dead.

Earlier, SPO1 Fernando Item of the Bien Unido police station noted that it is possible that the suspects tried to clean and wipe the blood off the boat before returning it.

However, police still noted that blood stains can be seen in the boat which they said also emitted foul odor. (RT)