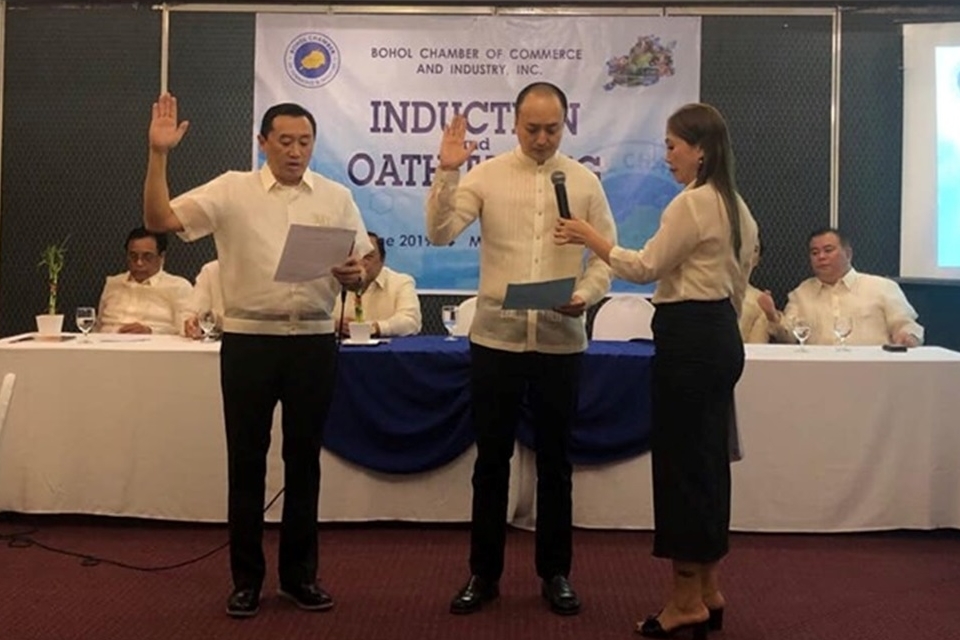 Governor-elect Arthur Yap called for a stronger partnership between the government and the business sector as both the Capitol and the Bohol Chamber of Commerce and Industry, Inc. (BCCI) are set to have new leaders.

The “strongest link for progress of a province” is an effective cooperation between the governance and the pillars in the business sector, said Yap, who will formally sit as governor at noon on June 30.

The incoming governor on Monday echoed the call during the induction of the new officers of the BCCI now led by businessman Reginald “RG” Ong of Bohol Quality Corp. who succeeded Engr. Al Uy of the Bohol People’s Lumber.

Yap informed the business sector that one of his anchor programs is the diversification in the growth areas of tourism in the province. He said the development of tourism should not just be concentrated in Panglao, Dauis and Tagbilaran City.

“I want to see the development of tourist destinations in the other side of Bohol, particularly in the second district of Bohol,” Yap said.

He wants the chamber to remain as the catalyst of development as he challenged the BCCI officers to be vigilant and responsive to the demands in the growth centers of the province.

For his part, Ong, in his inaugural message, assured the full support of the chamber to the Yap-Relampagos administration.

Uy who is now VP for external affairs supported the chamber’s advocacy for cooperation with the government sector.

The chairmen of the various committees under the internal and external affairs were also inducted during the event.