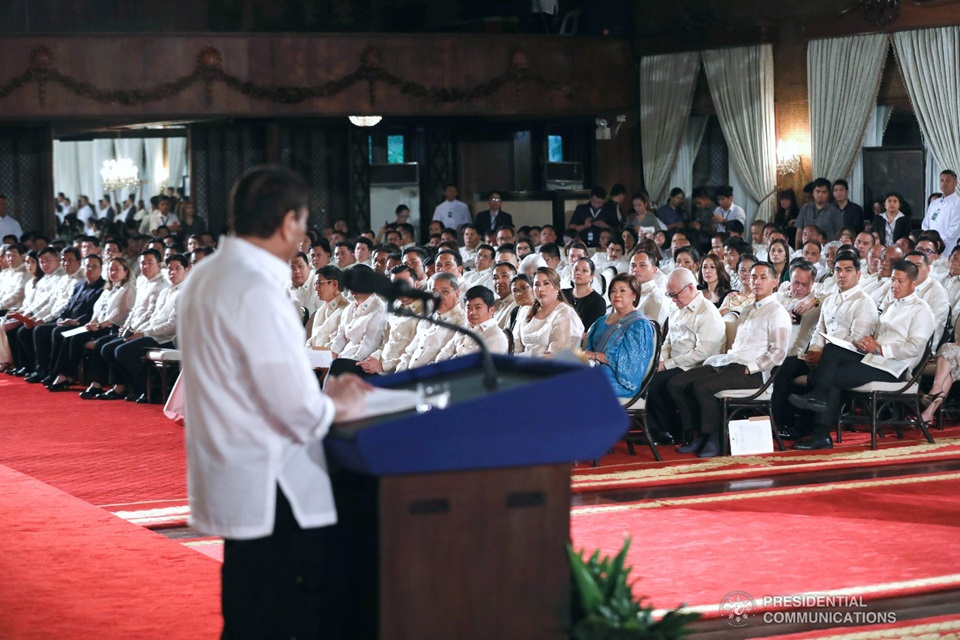 President Rodrigo Duterte on Tuesday administered the mass oath-taking of select newly elected local officials from across the country including 13 Bohol officials led by outgoing Governor and Congressman-elect Edgar Chatto.

Following the oath-taking, Duterte congratulated the newly elected officials, which Veloso estimated to be at around 200.

“I extend my warmest congratulations to our newly elected officials. Our celebration today is not only for you and your families, but also for the people who have voted and placed their trust in you,” said Duterte.

The President also expressed hope that the officials will work in line with the administration’s “values.”

“I hope that you will also embody the values that this administration stands for. I look forward to working with you as we continue to take further strides towards building a nation that is more progressive, more dynamic and filled with opportunities for every Filipino,” Duterte added.

Veloso said they were invited through text message by a staff member of the Office of the President’s Appointments Office through Senator-elect Christopher Lawrence “Bong” Go.

The invitation was strictly for participants of the oath-taking as the officials were not allowed to bring guests.