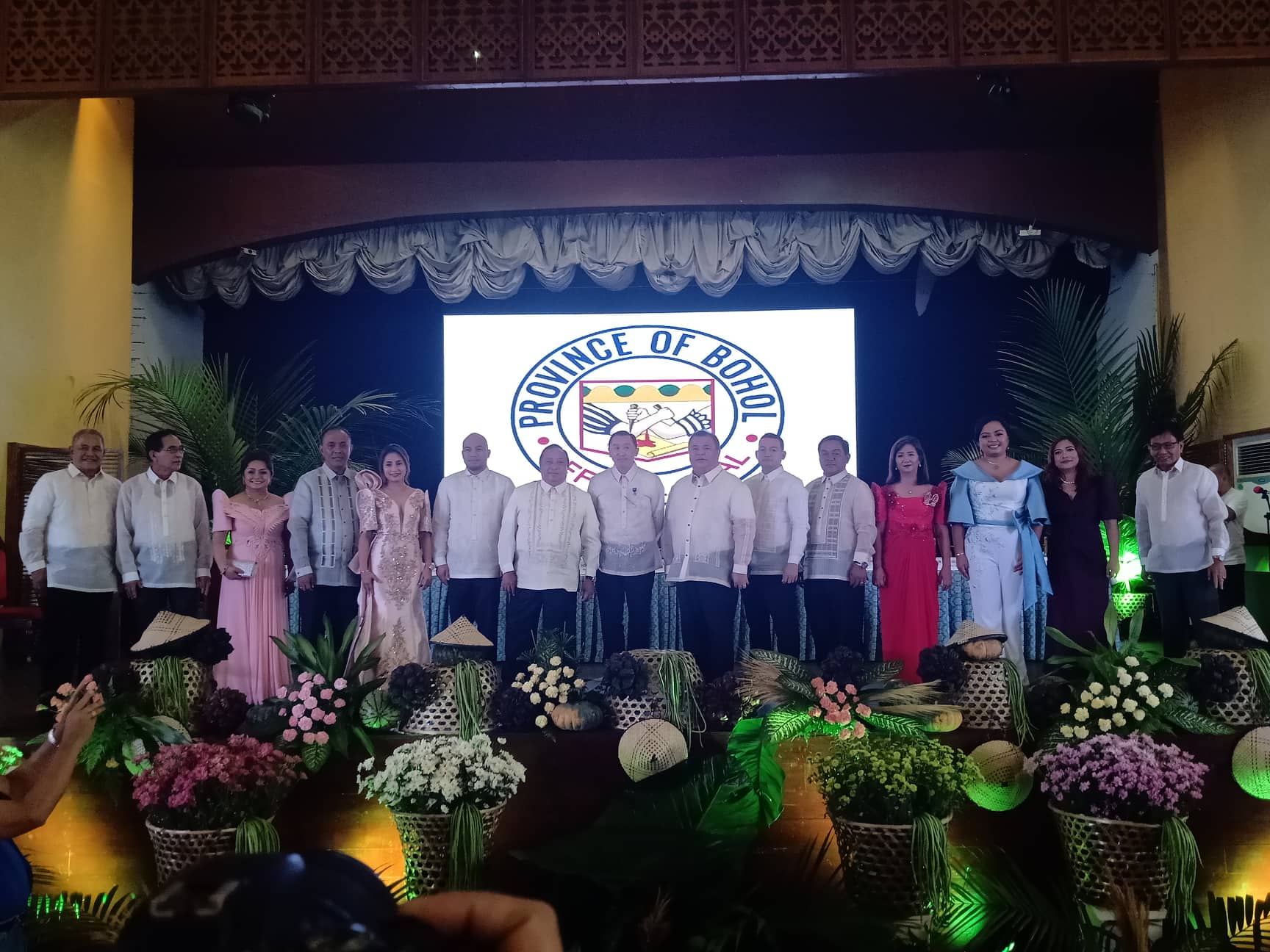 Arthur Yap on Sunday took his oath of office as the 26th governor of the province of Bohol.

Prior to Yap’s oath-taking, other provincial officials were also sworn in including Vice Governor Rene Relampagos and Congress representatives Rep. Edgar Chatto of the First District, Rep. Aris Aumentado of the Second District and Rep. Alexie Tutor of the Third District. Members of the Bohol Provincial Board also took their oath of office.

Yap who was sworn in with his family beside him including his father Domingo Yap, president of the Filipino Chinese Chambers of Commerce and Industry, Inc., delivered a 30-minute inaugural address.

In his speech, Yap, who was born in Manila, owned up to his being a non-Bohol native, but vowed to serve the province nonetheless.

“I stand before you to accept the challenge of serving as the 26th governor of our beloved island province of Bohol. I assure each and every one of you that your historic choice of electing me, a Bol-anon not by birth but a Bol-anon by choice, weighs heavily upon my shoulders,” Yap said.

The camp of defeated gubernatorial candidate Leoncio Evasco, Jr. repeatedly criticized Yap, who is married to Loboc native Carol, for not being a “true Boholano” during the months leading to the fierce gubernatorial race.

He campaigned with a clear message of building on the progress and development of Bohol started by Chatto who was governor for nine years.

One of the highlights in Yap’s speech was his acknowledgement of Chatto for his efforts in reducing poverty in the province through tourism.

“These are Bol-anons benefitting from the tourism opportunities that have opened up the past years due to the tireless efforts primarily of our immediate past governor, Governor Edgar Chatto,” Yap said, referring to “390,000” Boholanos who rose out of poverty under Chatto’s administration.

“Gov [Chatto], the applause you hear today, the words to honor you will not approximate the gratitude that Bohol, all of us feel for your stewardship in the last nine years,” he added.

Yap also highlighted the plight of those living in far-flung villages particularly in the slew of island barangays in Bohol who do not have access to basic government services and utilities such as electricity through an audio-video presentation (AVP) showing actual stories of individuals in the areas.

“We are not the only voices of Bohol. These are voices of Bohol no less. They are not staged they are sincere and very much real,” said Yap in reference to the AVP.

Yap vowed that advancements in technology such as the availability of solar power and modern desalination equipment will reach the remote, off-grid villages.

“Are these projects possible in Bohol? Basin og we are asking the wrong question. The question should be ‘when can we get these projects to Bohol,” he said.

The “micro solutions” are to be implemented alongside macro-measures to address Bohol’s issues on power and water supply, he added.