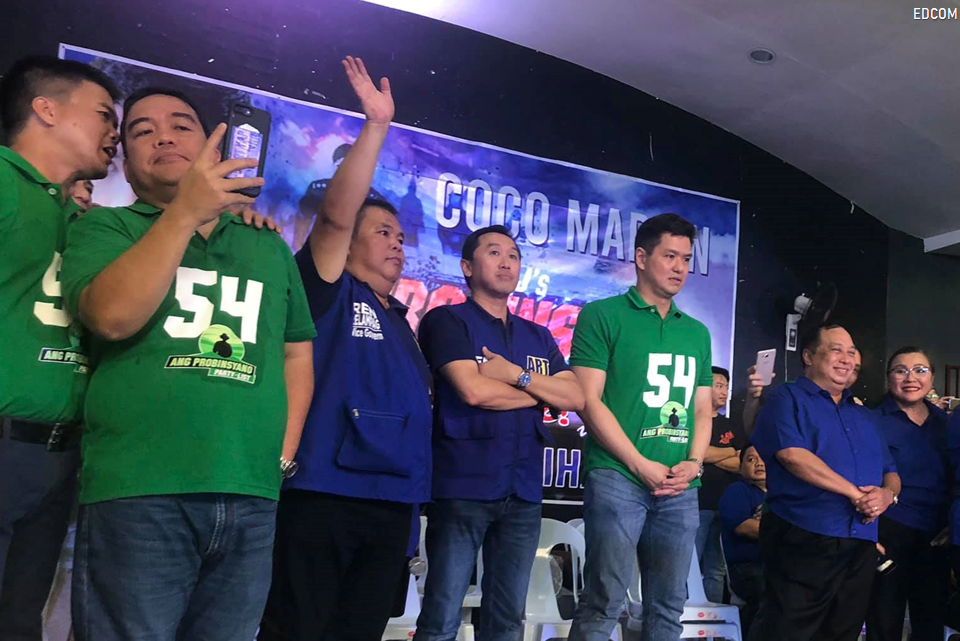 Despite all the talk about continuity and the group’s name containing the word “padayon,” let’s face it, there is no clear party politics in our country. Hence, let us not expect too much.

Edgar Chatto is Edgar Chatto and Art Yap is Art Yap. They are two different leaders. That much could be said about Balite and Relampagos, too. They have proven themselves to be battle-tested and resilient. But that’s about the end of the similarity. All good but with different sets of skills.

As far as poor Filipinos are concerned, what exactly has changed with their lives from Marcos, to Aquino, to Ramos, to Erap, to Arroyo, to Noynoy, and now Duterte? We do not claim to speak for the 21% of our population who are wallowing in poverty since time immemorial. But indeed, there is not much fundamental difference with the politics of the KilusangBagongLipunan of Marcos in the 70s, to the Laban of Cory, to the Philippines 2000 of Ramos, to the Weder-wederlang of Erap, to the Strong Republic of Arroyo, to Noynoy’s attempt at inclusive growth and Duterte’s anti-drug war.

We do not compare apples and oranges and we are not saying that one is better than the other. We are not making moral judgments either. Far from it. We are just saying there are no clear-cut differences in policies because there is no meaningful party politics in our country. It is all about the personalities of our leaders. After all, our people voted for them because they knew this or that candidate based on propaganda and other considerations, and not because of policy differences.

That said, there will still be differences. And that would mostly be due to the differences in styles of leadership and personal priorities. Nevertheless, we believe in the reality of evolution. Every juncture of history represents new improvements here and there. They would probably be not huge changes, but we expect incremental reforms and innovations every step of the way.

One such bright prospect is Yap’s new tact on agriculture. We just hope it will be the sustainable kind of agriculture that will empower the poor, feed them with healthy food, while caring for the environment. Agriculture that would be merely profit-oriented and unsustainable will lead to disastrous consequences. The only way to prevent the latter is for farmers and consumers to organize and let their voices be heard, with the support of other basic sectors. We advocate (and pray) for genuine sustainable agriculture in Bohol vis-à-vis the reality of the Global Climate Crisis. So be it.