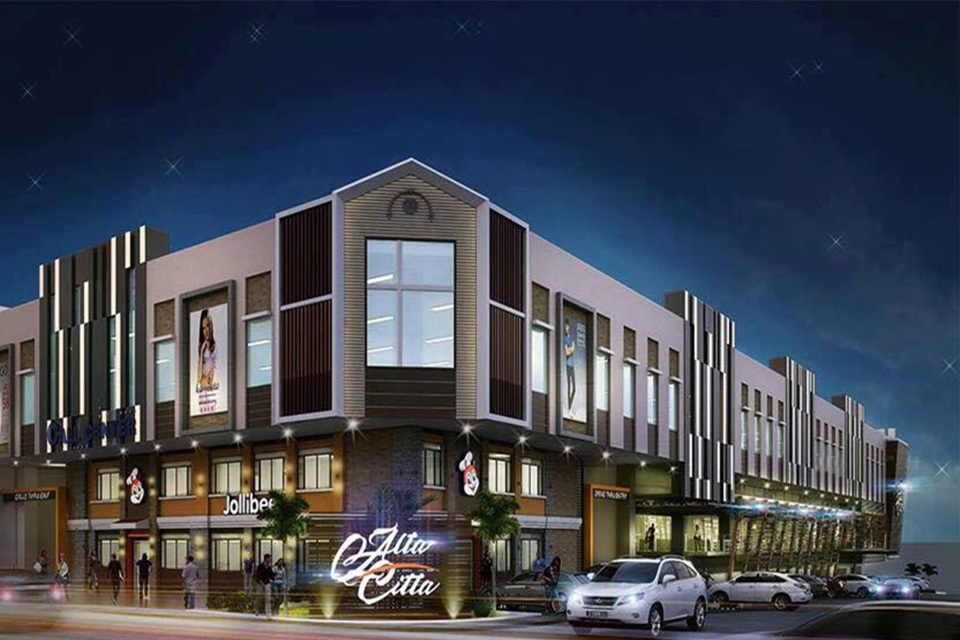 A new landmark is rising in the heart of the city adding more color to the bustling cityscape of Tagbilaran as the new and most-modern Alta Citta Mall opens on Saturday, July 6, giving a new feel to the dynamic lifestyle of the Boholanos.

Strategically located in the downtown area, the 4-level Alta Citta Mall spreads across 17,213 square meters, with the lower and upper grounds housing a wide array of tenant shops, while the 2nd floor is the Ibex call center which will open later next month. The basement serves as the parking area for customers which can accommodate more cars. It has also an outside parking area near Jollibee which is intended for both cars and motorcycles.

Aside from the Supermarket, some of the tenant shops to open on Saturday are The Prawn Farm, Medicine Plus Pharmacy, Sunburst, EO, David’s Salon, and Jollibee, which will open ahead on Friday; and more shops and kiosks. Soon to open are Ibex, Hukad, Dunkin Donuts, Chatime, BPI, LBC, and more.

The mall covers almost the entire block which was formerly occupied by the Holy Name University (formerly DWC-T), hence, the reason why the exterior design of the mall resembles like that of the old DWC-T preserving the eco-heritage, especially the sentimental and historical values of the school.

Tagbilaran City Mayor John Geesnell L. Yap II will lead the ceremonial ribbon-cutting on a day earlier on Friday, July 5, at 5 PM, after the store blessing.

On the opening day, meet and greet Star Magic artist/dancer Ryle Santiago of the all-male dance group #Hashtags at the mall at around 4 PM. Before joining Hashtags which performs regularly on It’s Showtime, Ryle actually starred in the 2014 fantasy-romance drama TV series “Mirabella”. In 2015, he was cast as one of the main characters in the comedy-horror teleserye #ParangNormal. Ryle has also been tapped several times to join the cast of “Maalaala Mo Kaya” from 2014 to 2018, portraying a variety of roles. He’s also been part of the anthology show Ipaglaban Mo and as a supporting cast in the 2018 series Asintado.

His first major film role was as Joey in the movie musical Bakwit Boys in 2018 which was actually given the coveted “A” by the Cinema Evaluation Board, and received overwhelmingly positive reviews across the board. Then, he was cast in the 2018 film Billie and Emma.

Also starting on the opening day, Alta Citta Mall will give 16 grocery packs worth P500 each to lucky customers daily from July 6 to August 4, in their first store promo dubbed as “Araw-Araw na Saya” sa Alta Citta. There are a total of 480 winners in all.

Another retail venture of the Alturas Group of Companies which also operates sister malls, Alturas Mall and Island City Mall, Alta Citta is said to be the pioneer BPO commercial building in Bohol. Its mall hours is from 10 AM to 10 PM, but the Supermarket and Jollibee will open earlier at 6 AM.  (PR)