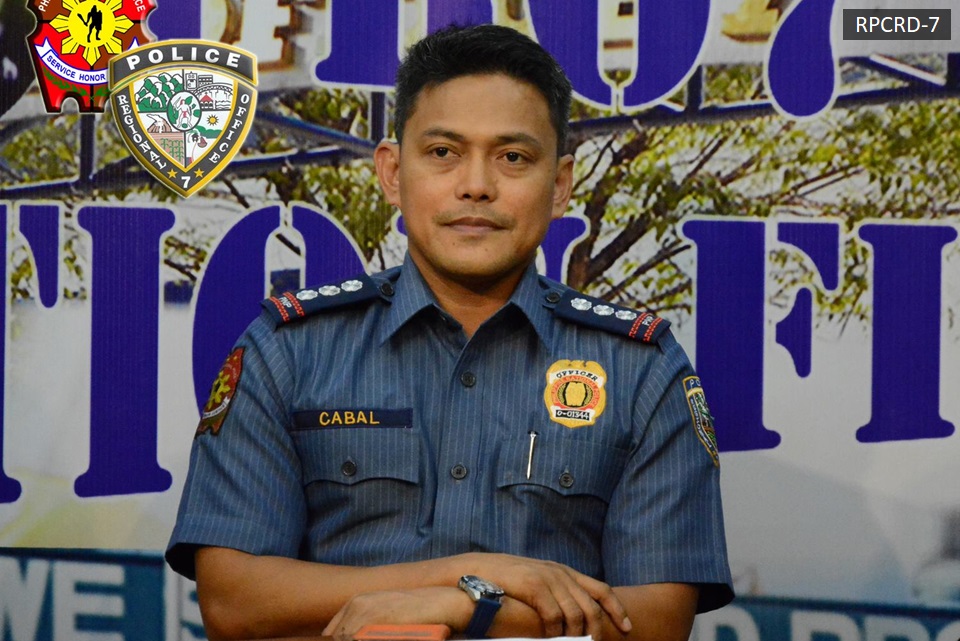 Colonel Jonathan Cabal, Police Regional Office (PRO) 7’s logistics chief, pledged to extend support for the peace and order agenda of Governor Arthur Yap after he surfaced as the possible next top cop of Bohol.

According to Cabal, he was recommended by PRO 7 director Brig. Gen. Debold Sinas to Yap as a candidate to be the director of the Bohol Provincial Police Office but it will be up to the governor to decide who he chooses to lead the BPPO.

As stipulated in Republic Act No. 6975, known as the Department of the Interior and Local Government Act of 1990, the governor has the authority to choose the provincial director from a list of three eligible candidates recommended by the police regional director.

Cabal admitted that he attended the inauguration of Yap at the Bohol Cultural Center in Tagbilaran City on June 30 to signify his interest in the post.

No other names of police officers eyed to take over Bohol’s top police post have surfaced so far, while Cabal noted that he is unaware if there are other candidates.

If chosen, Cabal will replace Col. Julius Cesar Gornez who took over the helm of the BPPO in January.

Cabal played a crucial role in hunting down the 11 Abu Sayyaf bandits who slipped into the province through Inabanga in April, 2017.  He was the chief of the Regional Intelligence Division 7 during the month-long manhunt operations against stragglers of the group.

“I am one of those na tumulong sa panahon na nandiyan yung Abu Sayyaf, ako ang intel,” said Cabal as he noted that he is no stranger to the province.

No letter from Bohol

Meanwhile, PRO 7 spokesperson Col. Maria Aurora Rayos told dyRD Balita in a separate interview that Sinas was still awaiting the formal correspondence from Yap on who he endorsed as BPPO chief.