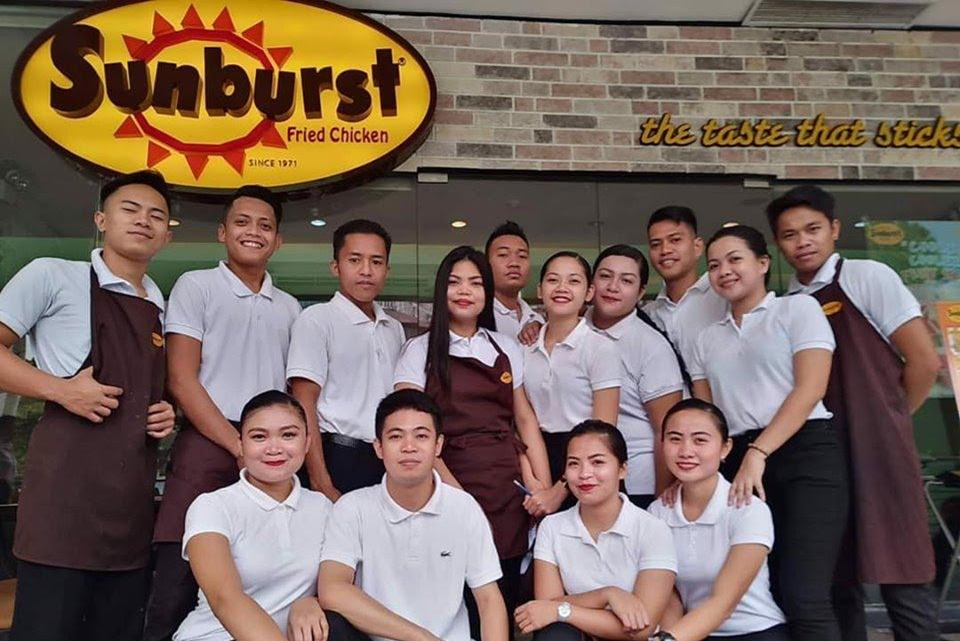 There’s something more to look forward to at the new Alta Citta Mall as more tenant shops will open, like the popular Sunburst Fried Chicken which will have its newest branch here in Tagbilaran City.

Known for its super crispy Filipino-style fried chicken, Sunburst will open its 14th branch on Friday, July 19, at the upper ground level of Alta Citta Mall, located just above the stairs of the H. Grupo St. entrance.

“It is here in Bohol that Sunburst will launch the new concept of their restaurant with a more homey feel, new interiors, but the same delicious fried chicken…”, said Mrs. Judy Uy of VAC Foods Corp., the local franchisee here of Sunburst which actually opened its first store here back in 2009, in a very secluded area of the City Square, but was closed down after two years. Mrs. Uy added, “This is actually a big comeback…” of everybody’s favorite fried chicken with “the taste that sticks,” according to its marketing slogan.

As the name of the restaurant implies, Sunburst Fried Chicken specialties are crispy and delectable fried chicken dishes, with coleslaw, rice and French fries; plus a variety of wings, ribs, thigh, drumsticks and tail. Other menus are fish fillets, shrimp cutlets and sizzling squid. Soups and chilled salads available include the fresh vegetable salad and the cream of mushroom soup, while appetizers include chicken neck, liver and gizzards.

The most popular individual menu items include Classic, a perfect choice for lunch or dinner featuring three pieces of chicken, either ribel, thigh, drumstick or wings, plus rice and French fries; Sunduo, a popular meal which include any choice of two pieces of fried chicken, accompanied by rice and french fries; and Sunny Solo, a great meal which includes one piece of fried chicken, coleslaw, French fries and rice.

Sunburst Fried Chicken was started in 1971 by an enterprising restaurateur originally from Macau, Fernando J. Congmon, Sr., his spouse Victoria and their children with its first store in Iligan City which had initially four tables only. By adhering to the proven business philosophy of consistently maintaining high standards of quality for its distinctively tasty products and services, Sunburst was able to attain growth and establish its own market niche for specialty restaurants in the Visayas and Mindanao regions from the 70’s up to the present.

When it branched out in Cebu, Sunburst instantly gained the approval of the Cebuanos and they always associate it with good, quality tasty chicken. Aside from Cebu and Tagbilaran City, it has franchised outlets in Tacloban City, Cagayan de Oro City, Davao City, Gen. Santos City, Pagadian City, Dipolog City, and Dumaguete City, with the original restaurant in Iligan City as the only remaining company-owned restaurant.

Alta Citta Mall is the city’s newest and most-modern 4-level mini mall located in the heart of Tagbilaran City. It is open from 10 AM to 10 PM, but Jollibee serves its customers early starting at 6 AM until 12 midnight, while the Supermarket is from 7 AM to 12 midnight. Its basement area serves as the carpark which can accommodate 65 cars and 150 motorcycles at any given time. An outside parking area around the mall can also contain 65 cars.

The meaning of Alta Citta is derived from the Spanish word alta meaning “high”, and Italian word citta which is “city.” (PR)