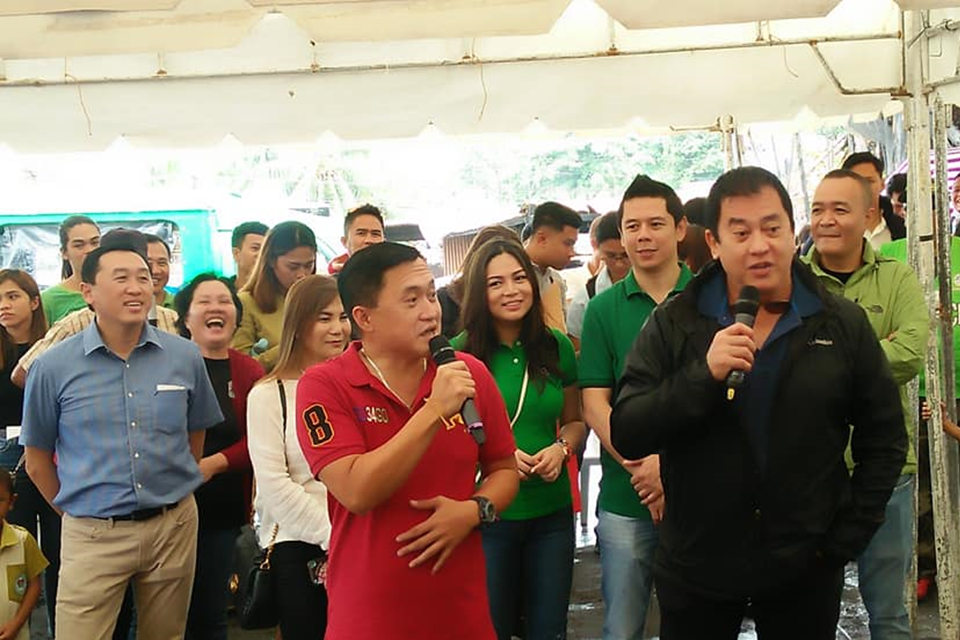 Senator Bong Go who visited on Tuesday around 80 victims of the Cogon Public Market fire in Tagbilaran City pledged to allocate a P30-million government fund to hasten the replacement of the facility which was left in ruins by a 30-minute conflagration last week.

Go, in his first visit to the province after securing a seat at the Senate, was accompanied by Governor Arthur Yap and Mayors Baba Yap of Tagbilaran City, Iven Lim of Cortes and Miriam Sumaylo of Dauis at the market’s compound which is owned by the Tagbilaran local government unit.

According to Go, he will not limit himself to being just a lawmaker who “makes laws in Manila” as he vowed to be closer to the public to hear their personal grievances.

The senator handed out groceries and cash to the fire victims. He also treated them with what appeared to be an impromptu skit by him and veteran actors Robin Padilla and Philip Salvador. He has been known to deliver similar comedic performances with the duo during his campaign trail.

Go who was the first senator to visit Bohol after the elections was third in the senatorial race at the provincial level and first in Tagbilaran City.

He arrived on board a private chopper at the old Tagbilaran City Airport at 11 a.m. and drove a motorcycle to the public market which was less than a kilometer away from the defunct airport. He left for Cebu on the same day.

For his part, Baba said that a budget from the LGU has already been earmarked for the market’s rehabilitation, which was already planned even before the decades-old was facility was razed.

The Tagbilaran local government unit has allocated a P30-million budget for 2019 for the multi-year project and P20 million for 2020.

With the additional budget from the national government, the market is expected to be bigger and more “modern.”

According to Baba, construction of the market and the rehabilitation of the other structures in the compound will start within the year.

He said that tenants of the burned facility will be prioritized in the allocation of new stalls within the new market.

City Market Administrator Jun Besa has noted that 125 stalls were razed by the fire while only 88 individuals were affected as some of the market kiosks and spaces were not being used by their tenants.

For now, the displaced vendors of the Cogon Public Market have been allowed to sell their products along Remolador Extenstion. They will later be transferred back to the market compound where tents will be set up. (R. Tutas)