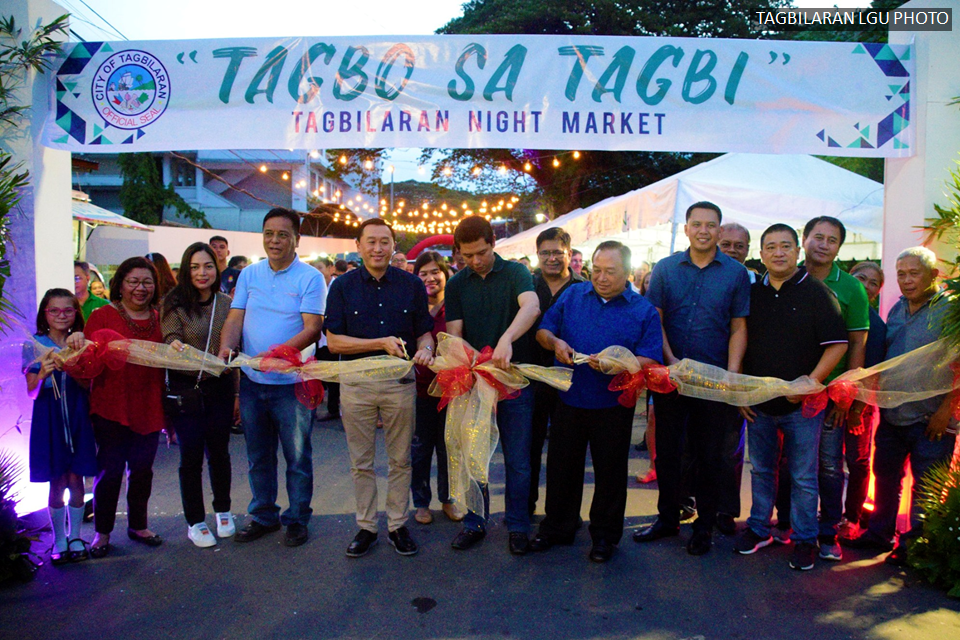 “Tagbo sa Tagbi,” a night market right in the heart of downtown Tagbilaran City, might become a permanent feature in the city.

The night market which was launched as part of the month-long Sandugo Festival will be set up even after the celebrations if it draws enough people, said Tagbilaran City Mayor John Geesnell Yap II during its opening on Wednesday night.

Yap’s plan drew the support of Governor Arthur Yap who led the ribbon-cutting ceremony during the market’s launch.

“I personally want to support the city of Tagbilaran in this effort because I’ve always wondered why is it that there always night markets all over the country and other tourism centers. Ngano man sa Tagbilaran City, we don’t have a night market,” said the governor.

Tagbo sa Tagbilaran is located in front of the abandoned Holy Spirit School campus along J. Borja Street in Barangay Poblacion II. It is open from 4 p.m. to 11 p.m. daily.

There are around 20 stalls which sell food, beverage, handicrafts and clothes, among others along the closed street.

According to John, vendors were allowed to put up stalls free of charge.

For now, the market is scheduled to be operational only until July 21. (AD)