ERC orders refund due to overbilling in power payments 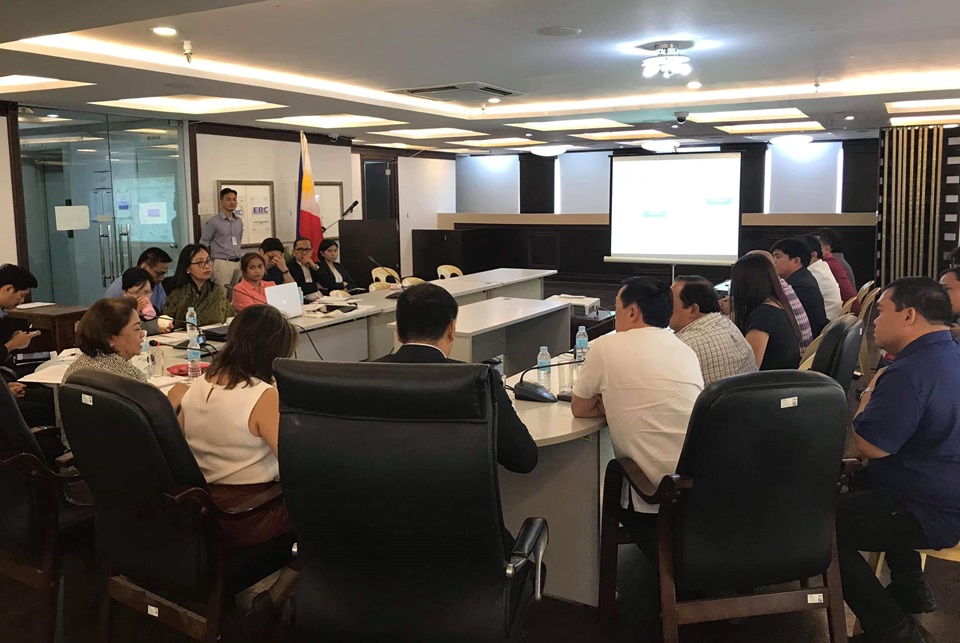 ERC orders refund due to overbilling in power payments

Energy Regulatory Commission (ERC) Commissioner Josefina Patricia Magpale-Asirit, for and by the authority of the commission ordered the Philippine Electricity Market Corporation (PEMC) and its Market Operator (MO), Independent Electric Market Operators of the Philippines (IEMOP), to speed-up an adjustment refund to the distribution utilities (DUs) and to their respective consumers.

The six-page order of the ERC promulgated on August 1, 2019 will put in place the refund after authorities traced to overbilling as the cause of the recent high power bills which shocked consumers during the past months.

An estimated P2.90 per kilowatt-hour (kwh) slide in the monthly electricITY bills for the month of July is expected by more than 18,500 Bohol Light Company Inc. (BLCI) residential consumers following the ERC order for the PEMC to correct the mathematical formula that caused the overbilling.

The adjustment will be implemented either through collection or refund for a period of not more that one year starting from the July 2019 billing period, according to the ERC order.

The two other Distribution Utilities (DU’s) – Bohol Electric Cooperative (Boheco) 1 & II is still in the process of recomputing their respective July monthly bills.

For the month of July, the BLCI per kilowatt-hour rate is estimated at P9.03 compared to the June billing of P11.95.

The Provincial Government of Bohol (PGB) led by Governor Art Yap and 1st District Congressman Edgar Chatto together with the General Managers of the three DU’s wangled from the PEMC a temporary rate reduction of June electricity bills between P0.97 centavos/kwh and P1.29/kwh on July 11, 2019.

ERC Chairperson and Chief Executive Officer (CEO) Atty. Agnes VST Devanadera texted Governor Art Yap and 1st District Congressman Edgar Chatto on Friday, August 2, 2019 that “we are coming out with the order on the overbilling and your and Gov. Art Yap names are prominently mentioned. It was a can of worms that we were able to uncover . . . Our people and our Commissioners stayed till 10 PM last night.’

The order covered only the formula used for the computation of the Net Settlement Surplus (NSS) and does not include the Line Loss and Congestion Charge (LLCC) which was blamed by the DU’s for the sudden spike of electricity rates in the province.

The can of worms referred to by Devanadera was pried open after the Provincial Government of Bohol (PGB) practically put a stop to the ERC daily routine for two days – July 10 – 11, 2019, relentlessly badgering the Commissioners sitting en banc to resolve the mysterious manner electricity rates are implemented.

The culprit was “overbilling” due to an “erroneous application of the Line Loss and Congestion Charge (LLCC) formula which is part of the computation for the Net Settlement Surplus (NSS) allocation by the PEMC to all its trading participants.

PEMC is the governing body of the Wholesale Electricity Spot Market (WESM), the centralized venue for trading electricity as a commodity.

As early as June 26, 2019, then-Governor Chatto raised the alarm before the ERC to urgently attend to the monthly escalation of electricity rates in Bohol after a series of emergency meetings with the Bohol Energy Development Advisory Group (BEDAG).

Responding to the urgent appeal of the PGB, the ERC initiated a review of the trading settlement of the Bohol DU’s that led to the admission of a discovery of an error on the application of the line loss and congestion charge formula by the PEMC/IEMOP in its internally developed software.

Earlier, Yap, just ten days into his three-year administration as Bohol Governor grappled with the puzzling computation of the PEMC during the two-day ERC en banc session on July 10 – 11, 2019 at the ERC conference hall that eventually was discovered as a billion-peso miscalculation.

Yap vowed that ”although I practically understand only 2% of the whole power industry workings I will not allow that the Boholanos will take the hit because of the failure of some sectors of the industry.”

Line loss is the loss of electricity while in transit from source to the recipient while line congestion occurs when power could not be transmitted due to a breach in the line capacity.

According to the ERC, “simply put, the misapplication of “+” instead of “-” in the software resulted in the inaccurate computation of the NSS allocation reckoned from June 2018 to May 2019.”

The ERC called the attention of PEMC after they found that Bohol’s NSS allocation was “inexplicably low” considering that the total amount of settlements to WESM reached P155 million for the month of May.

Yap, during the meeting wryly pointed out that “in effect, we are subsidizing the whole grid.”

Upon review, Bohol consumers paid more to the generation companies (Genco’s) which should have been plowed back to the customers but the PEMC calculation allowed a higher allocation of the NSS to the Genco’s instead of the load customers who actually paid for the line losses and congestion charges, according to the ERC order.

Generation Companies received a higher share of the Net Settlement Surplus (NSS) instead of the load customers who paid for the line losses and congestion.

ERC Resolution No. 06, series of 2009 established a process for the immediate and equitable flow back of the NSS by the PEMC to the parties who paid for the same.

The PEMC admitted that in the case of the three Bohol Distribution Utilities (DU’s) it applied an erroneous formula resulting in the “incorrect computation” of the low NSS allocation for Bohol including DU’s similarly situated.

The erroneous formula resulted in the “incorrect computation of the Net Settlement Surplus {NSS) allocation not only for Bohol but for the entire country from June 2018 to May 2019,” the MO admitted.

As early as February 2018, the ERC promulgated Resolution No. 01, series of 2018 adopting the amendments to the rules for the distribution of NSS which the WESM market operator apparently missed out.

According to the ERC the NSS allocation formula “ran contrary to the Commission’s rationale in promulgating the NSS rules which are to establish a suitable process for the immediate and equitable flow back of the NSS to the party who paid for the same.”

The ERC resolution categorically states that only trading participants who have actually paid for the line losses and congestion payments shall be eligible to receive NSS allocation.

Yap also did not agree with the payments imposed by WESM on line losses and congestion arguing that “why are we made to pay for line losses when we did not receive the right amount of electricity that we need even as we are also penalized for not using the lines because of congestion.”

The ERC also directed PEMC and IEMOP to execute an attestation as to the truthfulness and accuracy of its NSS review containing the breakdown of the NSS adjustments of DU’s and non-DU’s for the period June 2018 to May 2019.

The battle for cheaper electricity rates is far from over but the resolve showed that LGU’s despite their limitations can play a major role in protecting the interests of their constituents. (Chito M. Visarra)