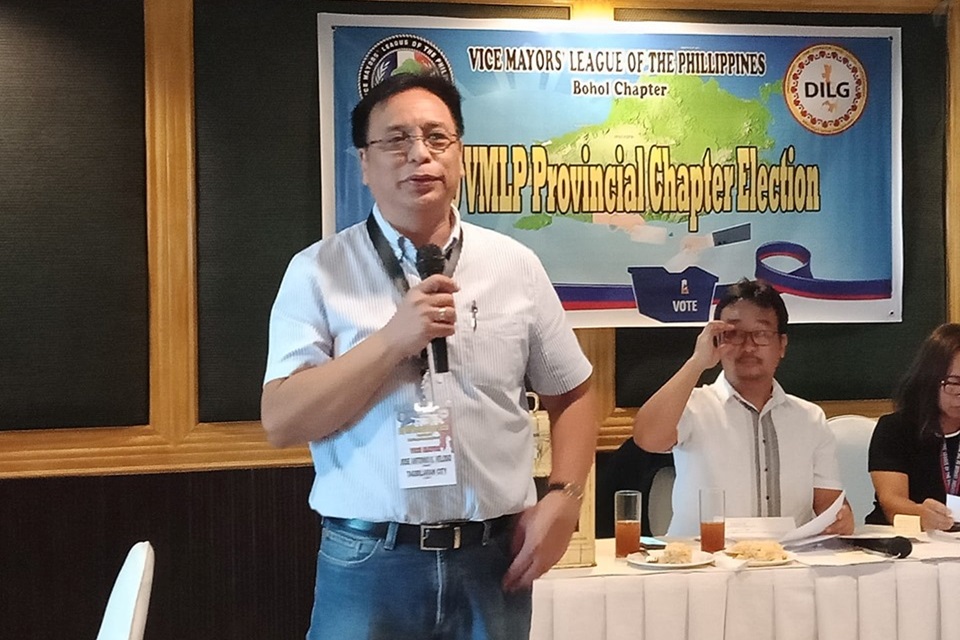 Veloso who ran unopposed and is the VLMP’s national treasurer was named president following the elections which were overseen by Department of Interior and Local Government provincial director Johnjoan Mende at the Bohol Tropics Resort in Tagbilaran City.

Other elected officials were the vice presidents for each of the three congressional districts, namely Cortes Vice Mayor Leo Pabutoy of the first district, Getafe Vice Mayor Eduardo Torremocha of the second district and Lila Vice Mayor Regina Salazar of the third district.