Baba takes oath before Duterte as League of Cities exec 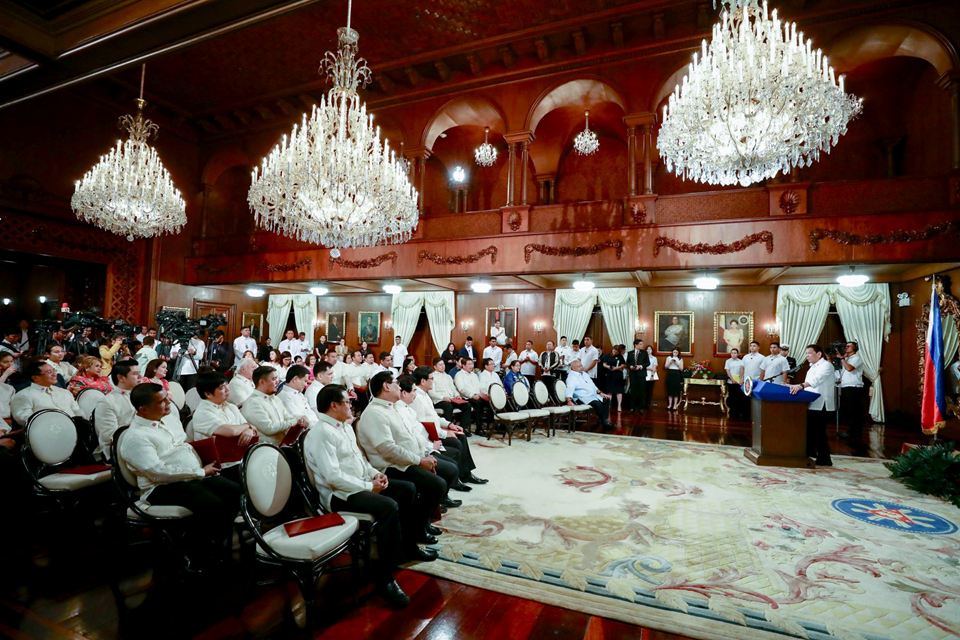 Baba takes oath before Duterte as League of Cities exec

Tagbilaran City Mayor John Geesnell Yap II, along with other members of the League of Cities of the Philippines, was sworn in as an LCP official by President Rodrigo Duterte at the Malacañang Palace in Manila on Tuesday.

Yap took oath as the LCP’s representative for Central Visayas.

In a text message, Yap said that he was reelected to hold the post during an election at Edsa Shangri-La, Manila in Mandaluyong on July 19. He ran unopposed.

Bacolod City Mayor Evelio Leonardia meanwhile was elected as national president of the LCP, the organization of all 145 cities across the country, for the 2019-2022 period.

Duterte, in his speech during the event which was also attended by officials and members of the Liga ng mga Barangay and League of Provinces of the Philippines, said that he will give the local chief executives equal distribution of government budget for infrastructure spending.

“The money of the people of the Republic of the Philippines will be equally divided…‘yung proportionately. Pero makita ninyo ang pinakamaraming infrastructure dito sa Luzon and sa mga Visayas…the airports there. Ang Mindanao, sabi ko maybe towards the end of my term kung may maiwan pa,” Duterte said. (A. Doydora)