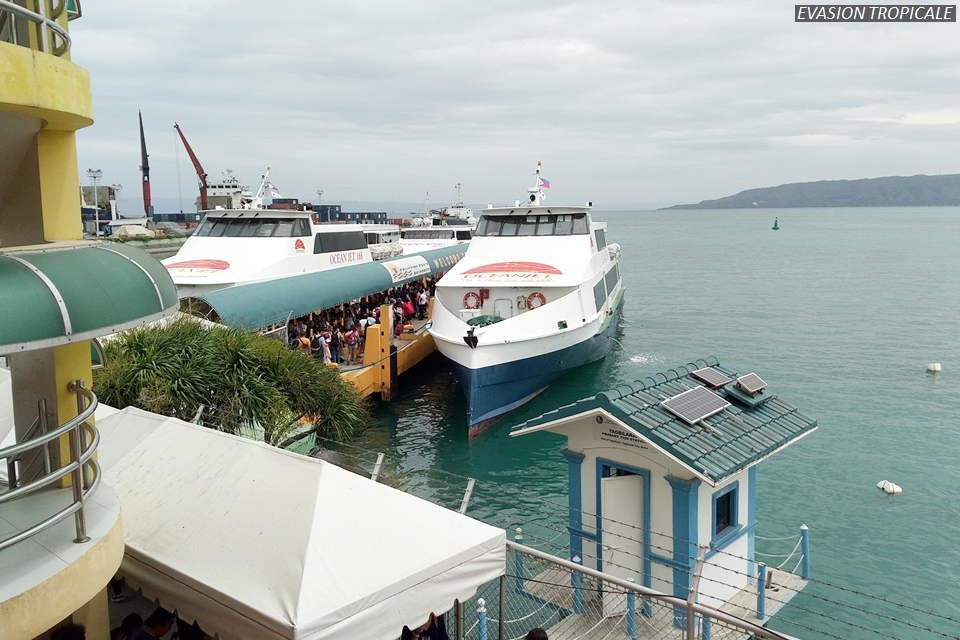 The Sangguniang Panlalawigan, after a strongly worded castigation of Ocean Fast Ferries, Inc. by some SP members in a committee hearing last week, has given the shipping firm 60 days to improve its ticketing service in the province.

In a resolution passed on Tuesday the SP “urged” Ocean Jet to integrate the passenger terminal fee into the cost of the fastcraft ticket, a measure whose implementation was deemed by the lawmakers as “long overdue.”

The SP also called for the seat number to be incorporated in the ticket as well amid complaints from the public on the inconvenience of the shipping firm’s ticketing process.

It has been noted that passengers of the fastcraft need to fall in line in at least three queues to purchase the ticket, get the seat number and pay for the terminal fee.

The resolution, sponsored by Board Member Jade Bautista who chairs the SP’s Committee on Tourism, was filed a week after a committee hearing which was joined by Ocean Jet port supervisor Joseph Tabigue.

Taibigue bore the brunt of the PB’s castigation of Ocean Jet, particularly from Board Member Ricky Masamayor who threatened to file a resolution urging the Maritime Industry Authority (Marina) to withdraw Ocean Jet’s franchise to operate in Bohol if the shipping company fails to improve its ticketing and booking processes.

Masamayor noted that it was the fourth time that the PB summoned Ocean Jet for its failure to provide online booking and a smoother ticketing process.

For his part, BM Romulo Cepedoza who chairs the PB’s Committee on Public Utilities also raised concern that some Ocean Jet vessels have no water in their lavatories.

Sixty days after the resolution’s filing, the committee on tourism will again be convened to discuss next actions against Ocean Jet if it fails to comply.

A copy of the resolution will be furnished to Ocean Jet, the Office of the President, Marina, Philippine Ports Authority, Philippine Coast Guard and Department of Transportation. (R. Tutas)