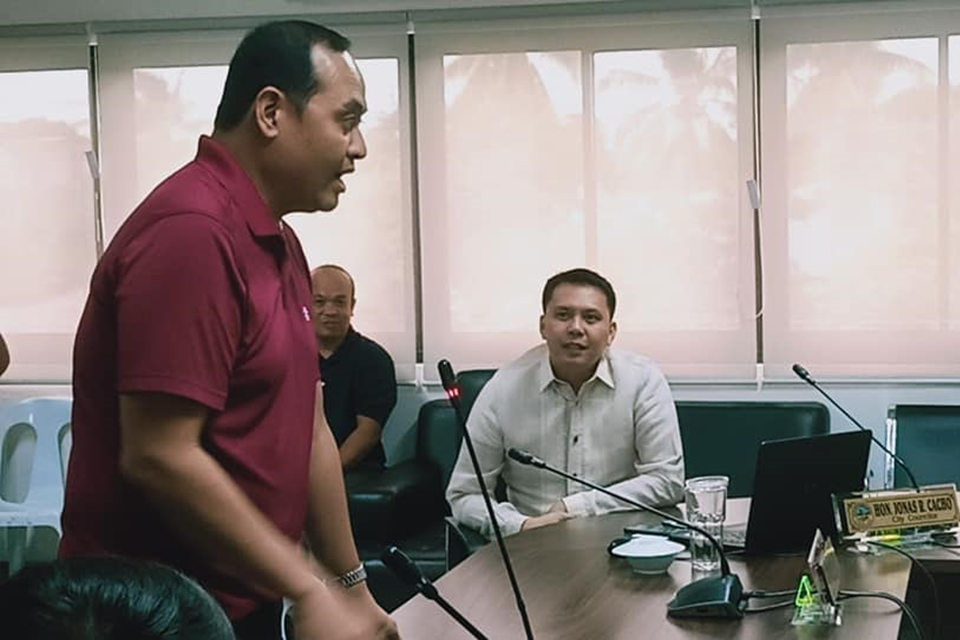 Baclayon Councilor Jodel Cabahug who is now on a collision course with Loay Councilor Gesilo Adiong for the presidency of the Philippine Councilors’ League (PCL) – Bohol visited the Tagbilaran City Council Friday to woo the city council members.

Cabahug, who was the vice mayor of Baclayon from 2010 to 2016, admitted to the 10-member Sangguniang Panlungsod that he ran for councilor in the May 2019 polls with his sights set on the PCL presidency.

“Ga-plano na g’yud ko na magpapili isip presidente sa atong liga sa PCL. It was really my plan,” he said, noting that he made it clear to the Baclayon electorate that he was gunning for the PCL’s top post during the campaign period for the midterm polls.

According to Cabahug who is a lawyer, “free” and “immediate” legal consultations will be offered to PCL members if he is elected as the organization’s president.

He said that he will also launch “capability-building” programs for councilors to improve their lawmaking capabilities.

The Tagbilaran City Council, with nine of its 10 members affiliated with the Padayon Bol-anon coalition which chose Adiong as its PCL standard bearer, was the 33rd stop of Cabahug, a member of the Tinuod Bol-anon coalition.

Cabahug has been going around the province to campaign at the various Sangguniang Bayan session halls ahead of the PCL elections on September 13.

In an interview with the media, Cabahug admitted that money has been a known factor in the election of the PCL president but he hoped that it would not be the sole deciding consideration in choosing the organization’s leader.

“Mura’g di na man kalikayan na money would be a factor, but I just hope that money would not be the main factor and consideration that will determine the outcome of the election. I have this trust and confidence sa PCL, that they are honorable and objective enough kung kinsa ang angayan,” he said.

Last week, Adiong was chosen as Padayon Bol-anon’s bet for PCL president over Anda Councilor Atty. Ferdinand Berongoy through secret balloting among councilors of the coalition led by Governor Arthur Yap. (A. Doydora)