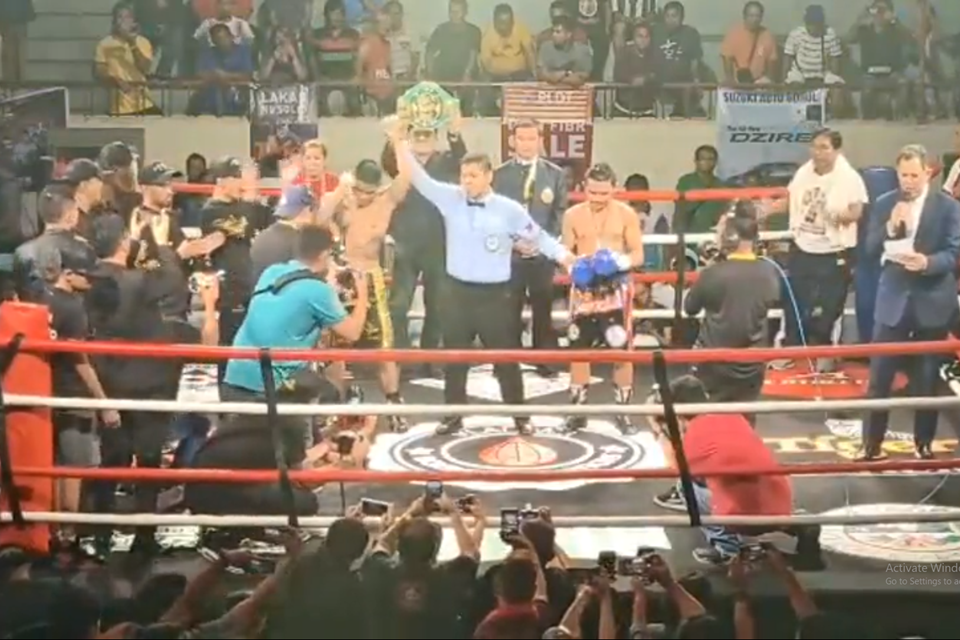 Mark “Magnifico” Magsayo dominated veteran Thai boxer Panya Uthok on Saturday night, winning via a unanimous decision during their 12-round championship bout to the delight of the hometown crowd at the Bohol Wisdom School Gymnasium in Tagbilaran City.

Magsayo won the vacant World Boxing Council Asia featherweight title and improved his immaculate record to 20-0 in the process, while Uthok’s record dropped to 53-7.

The 24-year-old Tagbilaran native had his way throughout the fight as he pummeled Uthok, dubbed the “Filipino Executioner,” with brutal combinations, most of which remained unanswered by the Thai pugilist.

Magsayo, glaringly taller than Uthok, used his jabs to keep his opponent at a distance and to set up his combinations.

Uthok however proved to be durable as he withstood the Magsayo barrages throughout the 12 rounds.

The dominant victory is seen to propel Magsayo’s promising career to greater heights.

His promoter, Vladimir Boxing Promotions, is planning to set him up for a world-title bout next year, likely after two more fights.