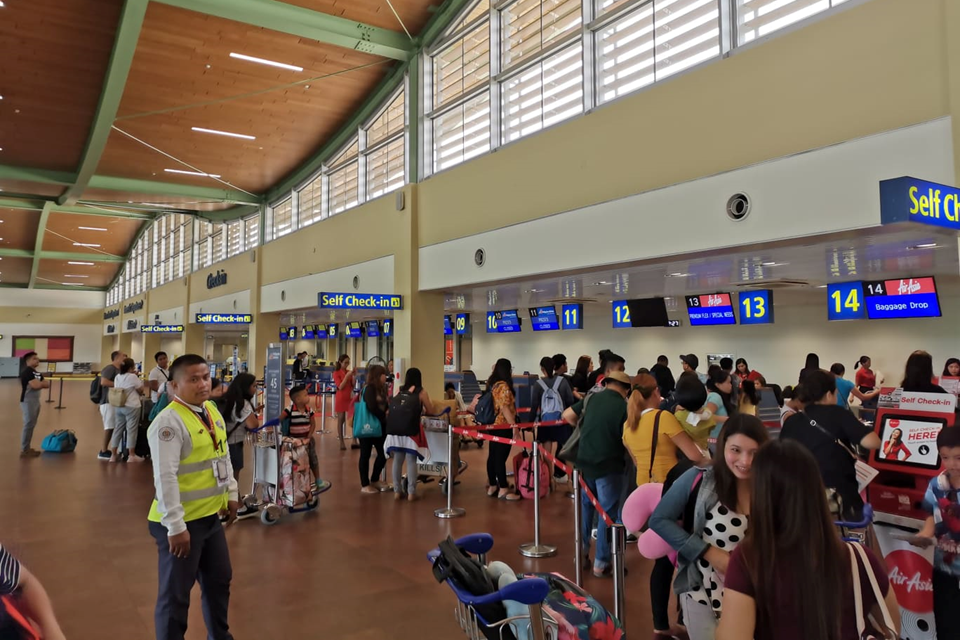 Vice Governor Rene Relampagos on Tuesday said that the Civil Aviation Authority of the Philippines (CAAP) has approved the start of evening operations at the Bohol Panglao International Airport (BPIA) while international flights will start next month.

Relampagos after the regular session of the Sanggunainag Panlalawigan at the Capitol told the media that the BPIA will initially extend its operations until 10 p.m., longer by four more hours than the current 6 a.m. to 6 p.m. operating hours.

According to Relampagos, at least three airlines have expressed intent to launch international routes that will connect Bohol to various destinations abroad.

The BPIA was inaugurated in November last year but it currently does not accommodate international flights. The Philippine Airlines (PAL) transferred their Korea-Bohol flights from the defunct Tagbilaran City Airport to the BPIA last year, but these were stopped indefinitely in February.

Relampagos said that Korean low-cost carrier Jeju Air Co., Ltd. is scheduled to start its flights from Panglao to Incheon, Korea on October 27.

PAL will start to offer night flights and is considering opening international routes as well.

In a statement issued Wednesday, the Department of Transportation (DOTr) said that the night operations are made possible by the installation, full calibration, testing and operationalization of several ground-based navigational equipment, such as distance measuring equipment (DME), localizer antenna, ground-based radio navigational aid, and instrument landing system (ILS).

These equipment provide precise and systematic launching and landing of aircraft.

The newly installed ground-based system is seen to greatly aid flight operations by complementing the airport’s existing satellite-based navigation system, which has limited capacity at night and in the occurrence of weather disturbances.

With both navigation systems in operation, more flights can be accommodated at the country’s first “eco-airport.” The influx of additional flights is seen to reduce airfare, and provide additional travel options to passengers.

DOTr Secretary Arthur Tugade expressed enthusiasm over the improvements at the BPIA, noting their forthcoming impact on the economy of Bohol.

“We do not just stop with building airports. We also continuously upgrade them to truly enhance the travel experience of Filipinos. The improvements we made here at BPIA will ultimately impact on regional economic growth and development. That is what our President meant when he told us to give Filipinos a comfortable life,” Tugade said.