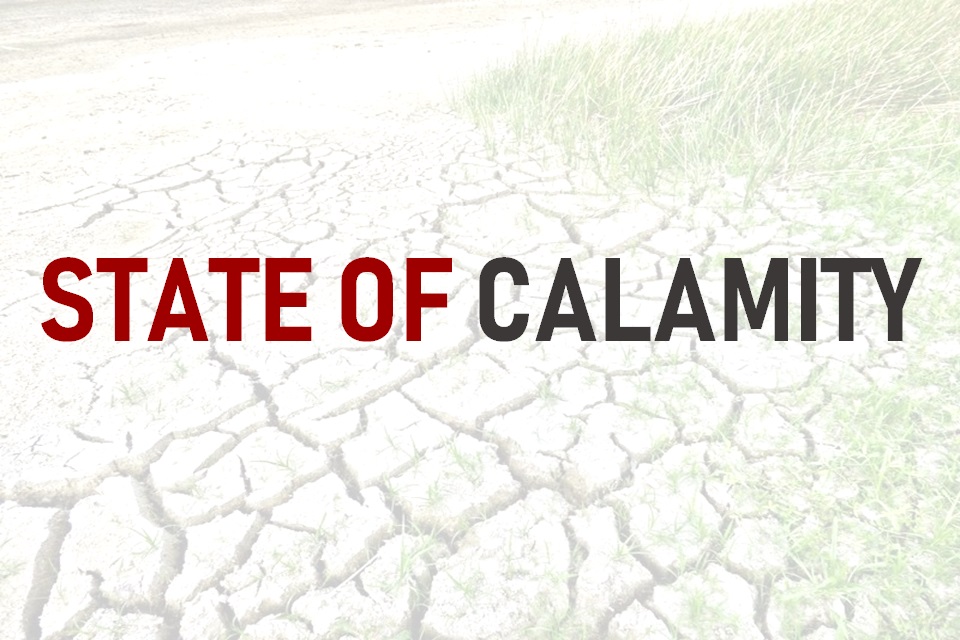 The local government unit (LGU) of Antequera has placed the entire town under a state of calamity amid a dry spell which has led to the depletion of water supply in some of its villages, making it the fourth Bohol municipality to have declared a state of calamity in a span of less than two months.

Anteqeura’s Sangguniang Bayan issued the declaration on Monday based on a recommendation of the town’s Municipal Disaster Risk Reduction and Management Council, said Mayor Lilioso Nunag.

The LGUs of Sierra Bullones, President Carlos P. Garcia (PCPG) and Candijay placed their respective municipalities under a state of calamity on August 22, September 9 and September 25, respectively.

According to Nunag, they resorted to water rationing in some villages starting May this year due to water shortage.

Antequera is set to celebrate its town fiesta this month. Bohol LGUs and households are known to put a premium on the celebration of fiestas.

Meanwhile, the declaration has allowed the LGU to tap its calamity fund in a bid address the water shortage.

The LGU is now looking into long-term solutions to address its water woes particularly through partnerships with private developers.

For his part, Glen Boyles chief of the PCPG Municipal Disaster Risk Reduction and Management Office said that farmers have not been able to successfully plant crops due to lack of water supply and rainfall while fishermen also struggled with their livelihood due to the effects of the southwest monsoon which hounded Bohol and many parts of the country in the past months.

According to Boyles, the town’s Rural Health Office has also reported that cases of hypertension rose due to temperature-related causes.

The LGU has distributed food packs and rice from the Department of Social Welfare and Development as the town grappled with the calamitous weather conditions. (A. Doydora)