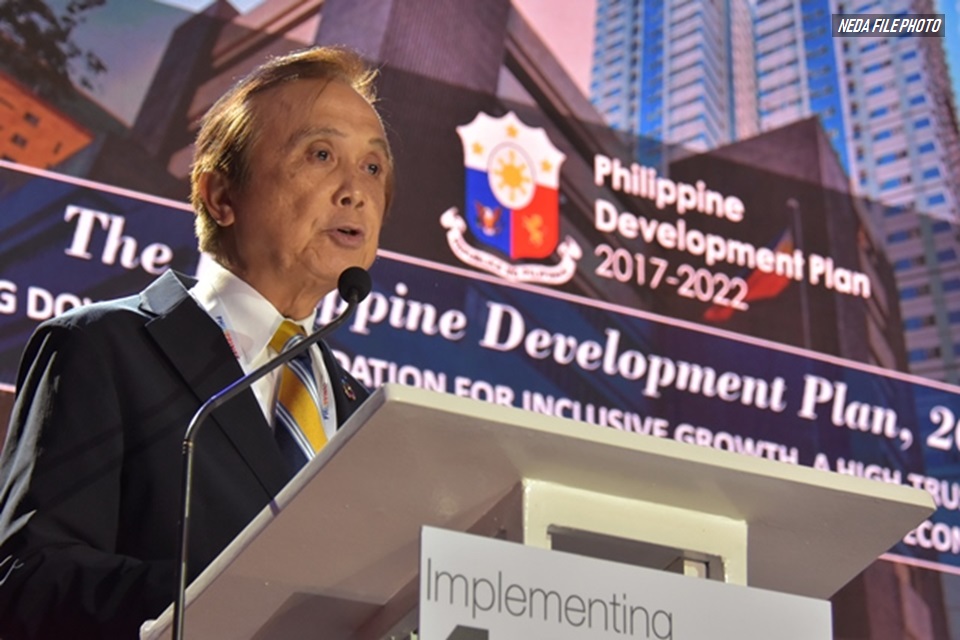 Development of the long-conceptualized Cebu-Bohol Friendship Bridge which appeared to have finally neared realization has been shelved after the overhaul of the list of priority projects under the Duterte administration’s ambitious infrastructure program.

The Cebu-Bohol bridge was among three major infrastructure projects highlighted by Socioeconomic Planning Secretary and concurrent National Economic Development Authority (NEDA) Director-General Ernesto Pernia as either “impossible” to build due to technological limitations or “very costly.”

“What we’ve done is to take out certain projects that are impossible to build given the engineering technology that we don’t have yet. We still do not have the technology to build on very deep waters and long bridges,” Pernia said during a press briefing at the Ambisyon Natin 2040 symposium and exposition in Taguig City on Friday.

“I think some of them still do not have the traffic to justify the construction at this time,” he added.

The Cebu-Bohol bridge had an estimated total cost of P56.62 billion, which was supposed to be sourced from an ODA (official development assistance) fund.

Other bridges dropped from the list were the Leyte-Surigao link bridge and Luzon-Samar link bridge.

He however noted that some big-ticket projects in the pipeline will be replaced with “smaller but game-changing” ones to make the items in the program more achievable within Duterte’s term.

“That’s very feasible. Half of the 100 will either be completed or started, that’s for sure,” said Pernia.

The government’s “Build, Build, Build” program has been touted by the administration as a catalyst for a “golden age of infrastructure” in the country.

Meanwhile, it remained unsure whether or not other major projects in Bohol which were included in the initial 75-item list were scrapped or retained.

Pernia said that the updated list of projects will be released next week.

Other projects in the initial list were the Bohol-Leyte Link Bridge, the Bohol Northeast Basin Multipurpose Project and the New Bohol Airport – Operations and Maintenance Concession.

Meanwhile, Pernia’s confirmation quelled the recent spread of misinformation over social media on the Cebu-Bohol bridge.

Misleading posts on the project made rounds on social media through netizens who re-posted a year-old news item which bannered the headline “Bohol-Cebu bridge construction to start in 2020, says NEDA exec.”

The piece was printed on The Bohol Chronicle and posted on its website in February, 2018 but was recirculated online particularly Facebook when news on the cancellation of several major infrastructure projects broke earlier this week.

Some netizens, including a local radio broadcaster, have completely lifted the article and re-posted it on social media without any citation and date of original publication apparently due to negligence or an effort to mislead the public.