Another journalist bites the dust 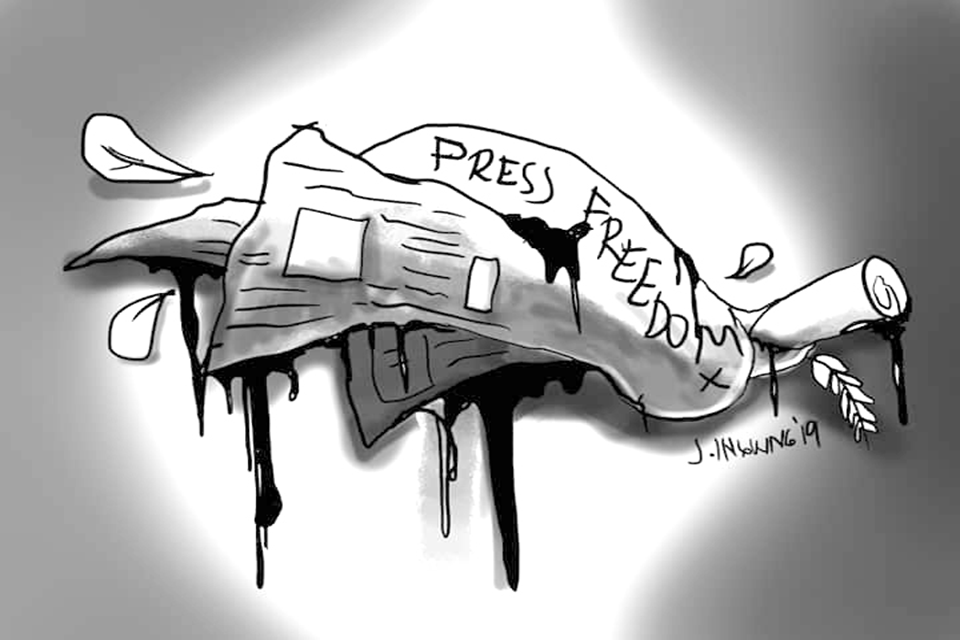 Another journalist bites the dust

THE MURDER OF VETERAN journalist and broadcaster, Dindo Generoso, 67, in Dumaguete City, may have occurred miles away- but we feel the anguish and the pain.

Being of the same media industry, we are of the same cloth as Dindo- common practitioners of this often thankless form of public service. Not just verbal spits on the face but bullets (as in Dindo’s case) are often used to silence us.

There is a second reason for our affiliation with his dastardly death in the hands of criminals -who killed a man, not in fair, mortal combat but on the sly- defenseless-  and without mercy on the victim and with full intent to murder.

He was on his way to his 8 AM ” Konsensiya sa Provincia”- a block time program of  Dumaguete City (sponsored by the city government) at radio station dyEM FM Bai Radio owned by Ely Dejaresco, a Board of Director of the Bohol Chronicle Radio Corporation.

We join in spirit with the pooled editorial of the Dumaguete Press Club and the local KBP ( Kapisanan ng mga Brodkasters ng Pilipinas) that found no rhyme nor reason in the cold-blooded murder regardless of what the issues the murderers had against the media man.

Civilized men use reason and the law to thresh out disagreements. We, therefore, likewise, condemn in the strongest terms possible, this unnecessary taking of human life especially one belonging to the Fourth Estate who was not known to be brutally one-sided in his opinions.

Two persons have been arrested (as of press time) and the triggerman about to bo collared. If the case is solved, this is one of the few cases of media men killings that have found resolution and had brought the culprits to the bar of justice.

Less than a year ago, broadcaster Edmund Estoso, 50, anchor of the radio program “Tug-anan”  in Dumaguete was also shot dead by killers in tandem. That case is another statistic in the heap of unresolved media killings in the country.

We add to that our own Valentine’s Day execution of Chairman Mao (Mau Lim) inside his Isuza car parked beside the premises of our station dyRD along Inting Street on February 14, 2015. He was also a block timer.

A lone suspect is in jail but it seems the prosecution papers are riddled with holes and the case is far from over.

The same with the case of the murdered writer of the daily tabloid Bohol Balita Daily News shot dead on December 15, 2011 (Tony Silagon). Case unresolved.

Of course, this does not surprise anyone as even the Ampatuan Massacre – the worst wholesale media killing in history (32 press people) has yet to find a final judgment. And scores of witnesses and accused have already vanished or died.

The New York-based Committee to Protect Journalists ranked the Philippines as No 5 from 2017-2019 as the worst country in terms of impunity with respect to the murder of media persons.

It is almost as bad as the Martial Law years.

The Generoso murder came one week after the UNESCO (United Nations  Educational. Scientific and Cultural Organization)  observed the  International Day condemning the “Impunity  of Crimes Versus Journalists.” Another irony in the ever-darkening history of Philippine journalism.

The Philippine record in this aspect does not reflect kindly on this biggest Christian nation and one of the longest democratic governments in Asia. Something is terribly wrong here.

HUMANITY AMIDST THE BRUTALITY OF BOXING

Although the two exchanged lethal combinations, Inoue decked the future Hall of Famer Donaire in the 11th round. Inoue, a 3-Division World champion seemed to have demolished all his other opponents via KO or TKO since he became world junior flyweight champion, in only his 6th professional fight. The Japanese monster is now spoken as the next pound for pound king.

People were stunned when after the decision was announced- Inoue rushed and knelt down before Donaire- as it was later found out that the Filipino had trained him way back in the past as a youngster. Donaire knelt down as well- returning the respect as the Japanese beat him (36) while even still at a very young age.

Not only that – Inoue allowed Donaire to borrow even for one night the trophy he won because the Filipino Flash had promised his two sons that when they wake you up the next morning – they will see the trophy won by him.

Donaire said he wanted his kids to subsume the idea not to give you fighting despite setbacks in life and retrain more vigorously if they want to achieve their dreams.

The two kids also congratulated Inoue on IG- being taught to be gracious in both defeat and victory by their father-boxer.

A lot of lessons here.