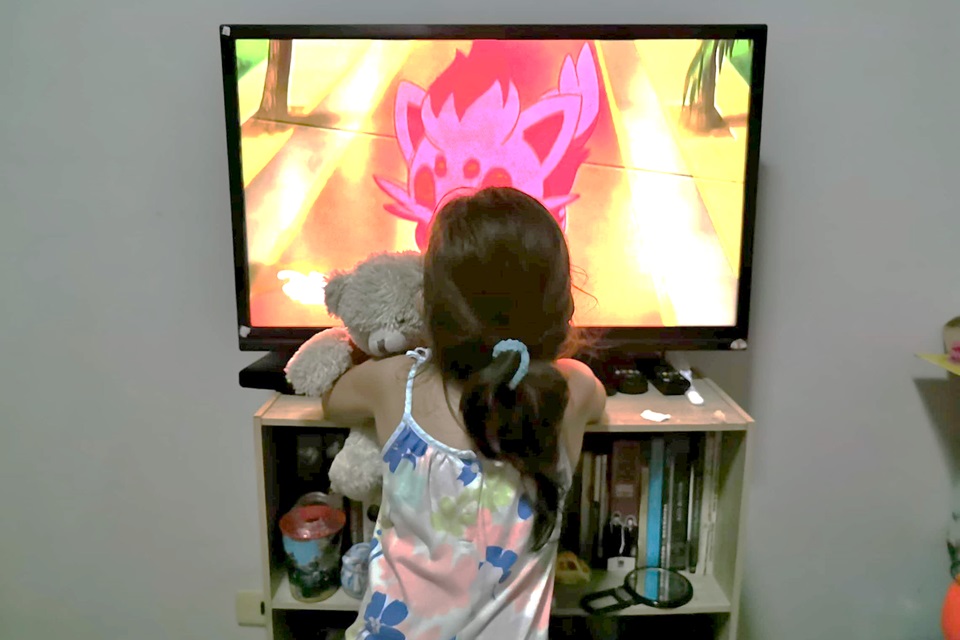 Melanie, a grandmother of an almost 3-year old girl, brought her granddaughter to the clinic because she observed that she seems to be behaving differently compared with other children her age.

Melanie noticed that she does not respond when called. She also seems to be oblivious of the people around her. Her language is significantly delayed. She immediately throws a tantrum when she does not get what she wants, or others get her toys.

Upon inquiry, Melanie relayed that as far as she is concerned, Jillian (not her real name), was developing well in the months after her birth. She did not seem to have a problem until such time that she needed to be with other kids her age.

Further questioning indicated that as early as 6 months old, Jillian had been exposed to television most of the time during the day. They thought that it was just alright because Jillian would also play with her toys with the television in the background.

But Melanie was shocked and surprised when I told her that her granddaughter is showing symptoms of autism and it appears that it is caused by early and too much exposure to television.

Yes, more and more children are diagnosed with Virtual Autism. Although not yet listed in the official nomenclature of disorders, cases of children who were apparently developing as expected during the first months after birth but manifested autism like symptoms after 2 years old or so because of exposure to television, video games, tablets, and computers, are on the rise.

Why screen time? Because when parents take away these gadgets for a few months, the child’s symptoms disappear.

The term “virtual autism” was coined by Romanian clinical psychologist Dr. Marius Zamfir. The cases were discovered in a children’s hospital where many were diagnosed to have autism and the cause was unknown. As so they dug in to the activity logs and found out from the records that children presenting with autism were spending four or more hours a day watching some kind of screen: television, computer, tablet, or phone.

But not only in Romania. This phenomenon is also present in countries where technology is available and accessible, especially to the young. Anecdotal records and some experiments have indicated that when screen exposure is stopped, the symptoms disappeared. The researchers concluded that screen time hindered children’s brain development and prevented them from developing a normal social life.

We all know how our electronic gadgets have become a necessity. For us adults, it becomes a tool that allows us to be more productive. But in children, its value is not as important as its potential to do harm. One parent told me that she gave her son a cellphone at 3 years old and now that he is 12, he is glued to his cellphone and this creates tremendous problems.

In Bohol Child Head Start, we banned the use of smart phones among the students. They are only allowed to bring a “dumb phone” if the only purpose is to have direct access to their parents. The argument that they may be left behind by technology is attenuated by the fact that children can have more than enough exposure to technology in their computer classes and in their homes.

My children don’t have cellphones of their own. I just allow them to borrow mine when they write notes or voice record. They are allowed to get to the internet during weekends or when there are no classes. We also haven’t had television for quite some time now.

The result? We have more time for each other. We have extended meal times. We can pray together. We can talk a lot. And we engage more deeply without the hassle and distraction of television or cellphones.

Technology is important. But we are still their masters and not their slaves. Hence, parents need to decide as to the extent technology plays a role in our homes and in the lives of our children. The consequences are neurobiological.