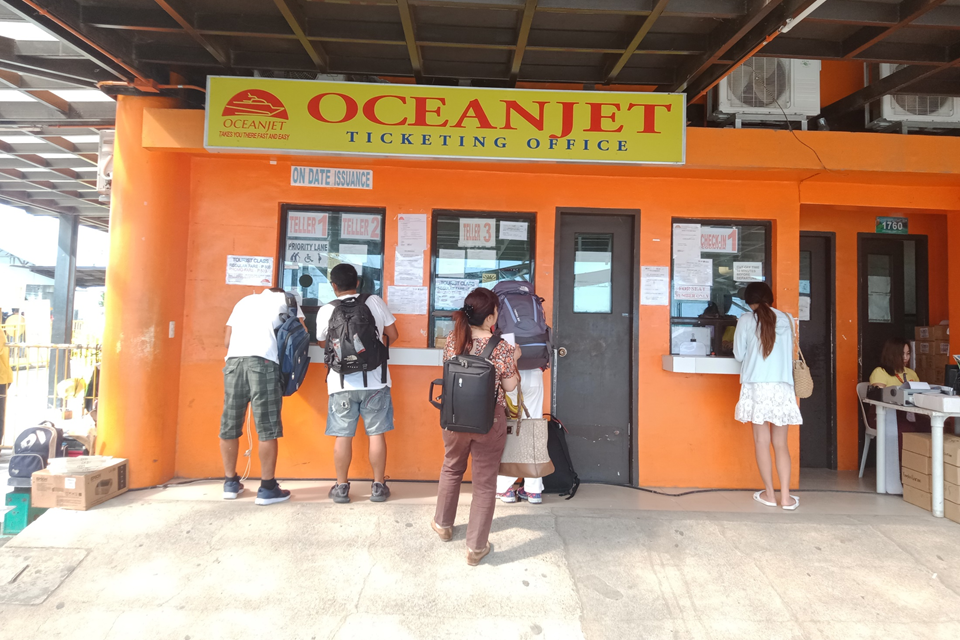 Ocean Jet Fast Ferries, Inc. after persistent reminders from the Sangguniang Panlalawigan (SP) has finally integrated the port terminal fee into the cost of the fastcraft’s ticket, beating a 60-day deadline set by the legislative body.

This was reported on Tuesday in a privilege speech by Provincial Board Member Jade Bautista who spearheaded the call for the shipping line to improve its ticketing service in August.

Ocean Jet earlier drew flak from the riding public and later the ire of some provincial legislators after it was noted that passengers of the fastcraft need to fall in line in at least three queues to purchase the ticket, get the seat number and pay for the terminal fee.

According to Bautista, Ocean Jet started to implement a new ticketing system starting October 3, just over a month after the SP issued a resolution giving the shipping firm 60 days to comply with their request to integrate the terminal fee into the ticket, cutting the number of ques for passengers to just two from three.

It was noted that passengers would still have to fall in another line to get their respective seat numbers.

“With our efforts together with the committee on public utilities, this time, they [Ocean Jet] have done it for us. Duha nalang ang atong linya,” she said.

Bautista noted that the move was already a big improvement as it lessened congestion at the port and has paved the way for a smoother ticketing process.

In August, Board Member Ricky Masamayor, irked by Ocean Jet’s persistent non-compliance, threatened to file a resolution urging the Maritime Industry Authority (Marina) to withdraw Ocean Jet’s franchise to operate in Bohol if the shipping company failed to improve its ticketing.

The SP committee hearing in August which was attended by representatives from Ocean Jet was already the fourth time legislators officially called the attention of the shipping line regarding the reported inconvenience its ticketing has caused the public.

It had been noted that Ocean Jet, the leading fastcraft firm connecting the province to neighboring islands, was the only shipping line which then failed to integrate the terminal fee into the ticket.

In a separate statement, Bautista thanked Ocean Jet for its compliance after several reminders made by the SP.

She said that the SP pushed for the initiative as support for President Duterte’s drive to promote ease in transactions not just with the government, but with businesses as well.

This was particularly important for Bohol given that it is a tourist destination and that the local government aims to provide visitors a convenient stay in the province.

“What used to be an annoying experience of unnecessary double line up procedure that often spoil a happy vacation is now a thing of the past. So thank, Ocean Jet and PPA (Philippine Ports Authority),” Bautista said. (R. Tutas)