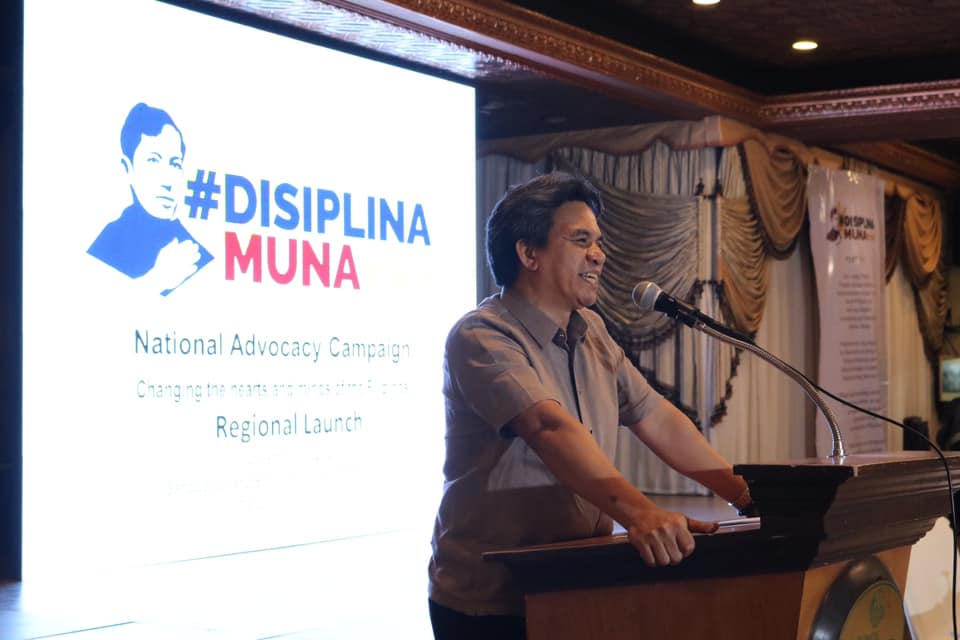 The Department of Interior and Local Government (DILG) launched in Bohol the “Disiplina Muna” campaign—a nationwide drive to promote the “culture of discipline” among Filipinos—on Friday morning in what was the first unveiling of the program outside Metro Manila.

DILG Central Visayas director Leocadio Trovela who led the launching of the program at the Bohol Tropics Resort in Tagbilaran City said that Bohol was chosen as the location for the second nationwide launching, after Manila, for its readiness to take on the challenge.

Trovela also cited Bohol’s successes in various fields including in security—by thwarting Abu Sayyaf activities in the province in 2017 through community participation—environmental protection, and community-based tourism.

According to Trovela, the Disiplina Muna campaign which was first launched in Manila on Wednesday was designed to help sustain the policies of the DILG including road clearing operations, disaster preparedness and resilience procedures, smoking ban, ease of doing business, liquor ban, tourist spots cleanup and implementation of the Barangay Anti-Drug Abuse Council.

The launching in Bohol was attended by Provincial Administrator Kathyrin Pioquinto, officials from the Bureau of Fire Protection and Bohol Provincial Police Office, Provincial Board Member Ricky Masamayor and mayors, vice mayors and barangay captains from various municipalities.

Trovela also acknowledged the province’s local chief executives for supporting the DILG’s nationwide road-clearing drive even if it meant spending their “political capital.”

Out of one city and 47 municipalities, only four local government units— Antequera, Garcia Hernandez, Talibon and Valencia—were issued show-cause orders for supposedly failing to enforce their road clearing operations and beat the October deadline set by President Duterte.