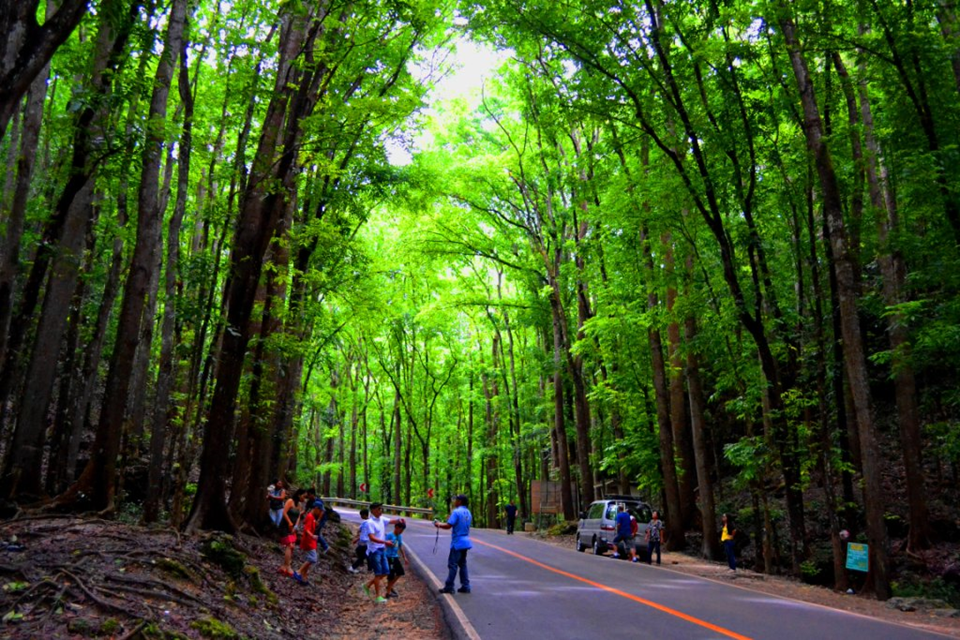 A top provincial environment official on Monday confirmed that they have started to collect environmental fees from visitors at the protected areas of Bohol including the man-made forest in Bilar, one of the province’s top tourism draws.

The collection of fees of P30 for locals and P100 for foreigners was supposedly imposed starting last week at the Loboc Watershed Forest Reserve which includes the dense man-made forest in Bilar, said Provincial Environment and Natural Resources Officer (PENRO) Charlie Fabre amid heavy flak from locals on the “sudden” development.

Passersby and users of the national road which cuts through the forest however are not required to pay fees.

Imposition of fees at the famed tourist site where locals and tourists alike have been taking photos with the majestic and towering roadside mahogany trees for decades went viral over the weekend through various Facebook posts drawing ire and a slew of negative feedback from the public.

The fees will be allotted for the improvement of the facilities and to cover other financial needs for the maintenance and improvements of the province’s protected areas.

The fee system in protected areas was imposed through DENR Administrative Order (DAO) 1993-47 which was issued in 1993 but whose implementation in the province has been stalled.

DAO 2016-24, issued during the term of the late former Environment Secretary Gina Lopez, amends the decades-old order and implements a uniform fee rate of P30 for adults, P15 for students and P100 for foreigners for all protected areas in the country.

According to Fabre, the Protected Area Management Board (PAMB) of the Loboc Watershed Forest Reserve which includes the manmade forest passed a resolution in June 2019 adopting DAO 24—a move set in motion when Fabre took over as PENRO in late 2018.

Fabre who was previously assigned in Negros Oriental said that Bohol was already lagging in terms of the DAO’s implementation.

According to Fabre, Negros Oriental has been earning over P16 million annually in environmental fees while Bohol has only earned an average of around P2 million a year through Cabilao Sandingan Islands and Rajah Sikatuna Protected Landscape whose respective PAMBs previously passed a resolution implementing the fee system.

Each protected area has its own PAMB which is comprised of the governor, the congressman of the district where the site is located, mayor of the locality, and barangay captain of the concerned village and other officials.

Data from the PENRO indicated that the following are the 16 protected areas of Bohol:

Fabre said that 75 percent of the revenues from the fees will go to the DENR but under the disposal of the PAMB for implementation of projects in accordance with the government’s general management plan while the 25 percent goes to national coffers.

According to Fabre, Central Visayas collects the highest amount of environmental fees per year among all of the country’s regions. (A. Doydora)