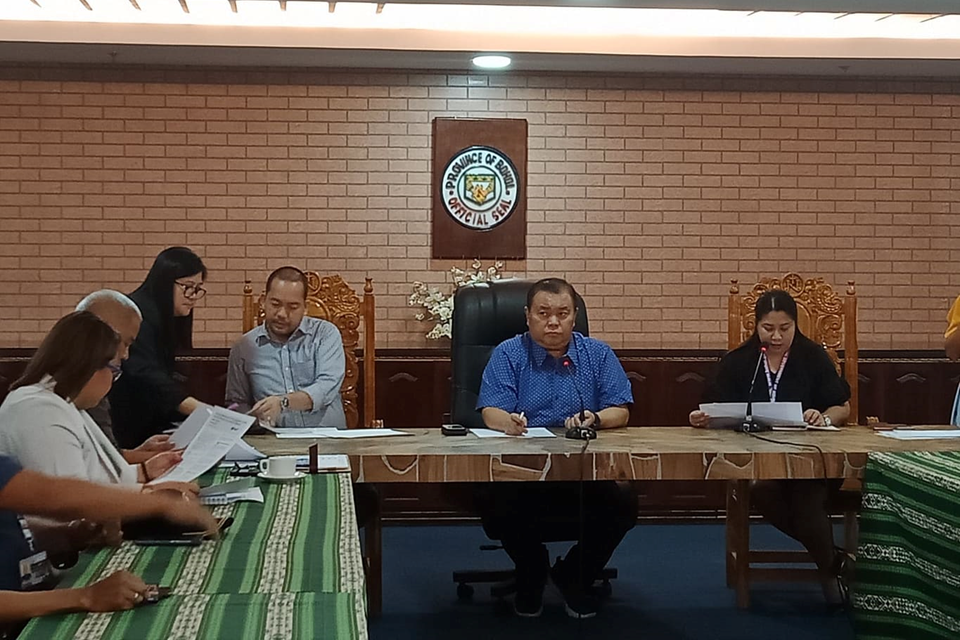 The provincial government directed concerned agencies to take precautionary measures against the spread of the dreaded coronavirus following the emergence of a suspected novel coronavirus or 2019 nCoV case in nearby Cebu City and amid the high influx of tourists from China where the disease emanated.

Acting Governor Rene Relampagos on Wednesday convened local health authorities including the Bureau of Quarantine and seaport and airport officials to discuss preparedness measures against the coronavirus particularly the 2019 nCoV and to arm local health workers with knowledge on the disease.

According to Relampagos, they created a technical working group to come up with preventive measures against the spread of the viral disease and how to deal with suspected 2019 nCoV cases while awaiting guidelines from the Department of Health (DOH).

The province itself has not been spared from the coronavirus scare after two suspected cases were reported on Wednesday.

Relampagos said that two Chinese nationals, aged two and 36, who showed symptoms of the disease were taken to separate hospitals in Tagbilaran City.

He however called on the public to remain calm as both cases remained unconfirmed.

Health authorities took from the two patients swab samples which were sent to the Research Institute for Tropical Medicine and Australia to verify if they were indeed infected with the coronavirus and identify the strain.

Both patients were allowed to leave the hospitals following the checkup but were placed under tight monitoring.

Meanwhile, heightened alert has been launched in the province’s lone airport, the Bohol Panglao International Airport (BPIA), and several seaports to monitor the entry of visitors.

The BPIA has one functioning thermal scanner to monitor and detect passengers with heightened body temperature which may indicate illness. The device however only covers arriving international passengers.

Meanwhile, none of Bohol’s seaports are equipped with thermal scanners.

The BPIA caters to two direct flights from China twice a week and flights from South Korea daily. Both countries have confirmed cases of the 2019 nCOV.

On Tuesday, Health Secretary Francisco Duque III confirmed that a five-year-old boy from Wuhan, China who arrived in Cebu City tested positive for “non-specific pancorona virus.” The patient was hospitalized at an undisclosed health facility in the city for having fever, throat irritation, and cough prior to entering the country.

However, it has yet to be confirmed if the boy was infected with the new strain of coronavirus which has affected China.

It means that the boy could have been infected with the 2019 novel coronavirus (2019-nCoV) or any of the four other existing coronaviruses that can infect humans.

“Samples tested positive for non-specific pancorona virus assay, and the specimen has been sent to Australia to identify the specific coronavirus strain,” Duque said in a press briefing. (R. Tutas)