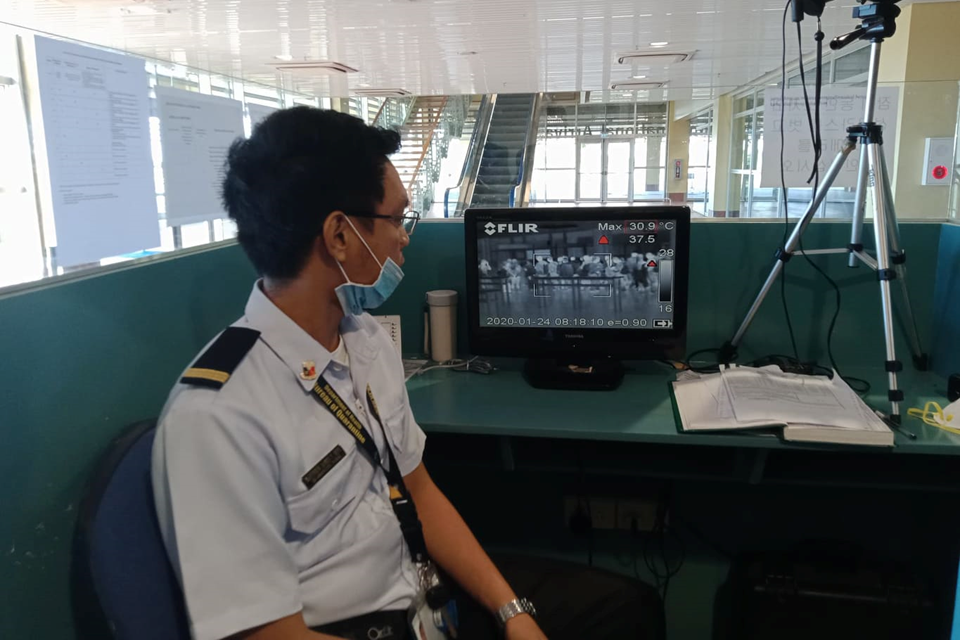 Second District Rep. Aris Aumentado has filed a resolution at the House of Representatives seeking the temporary cancellation of flights between Bohol and China, where the novel coronavirus or 2019 nCoV emanated and over 2,000 cases of the fast-spreading disease have been reported.

In the two-page House Resolution 669 filed Monday, Aumentado sought for a travel moratorium to be imposed on China-Bohol flights “until further notice” as he expressed concern over speculations indicating that those infected with the disease can already spread the virus even before symptoms develop.

The primary defense against the nCoV at the Bohol Panglao International Airport (BPIA) is a single thermal scanner that detects heightened body temperatures which may indicate illnesses.

“As a health measure, and to curb the risk of spreading the aforementioned infection in the country, an immediate travel moratorium must be imposed halting the direct flight from China to the Panglao International Airport,” Aumentado said.

“The Health Minister of China, Ma Xiaowei made a statement on Wuhan Coronavirus that allegedly people can spread the virus before it becomes symptomatic,” he added.

The Bureau of Quarantine at the BPIA noted that about 300 passengers from the city of Chengdu in China arrive at the Panglao airport each week through two Pan Pacific Airlines flights arriving on Mondays and Fridays.

Although Chengdu is about 1,000 kilometers away from the city of Wuhan, which has been identified as ground-zero of the nCoV, the virus has spread to other provinces of China and various parts of the globe.

Other nations are investigating suspected cases, including the Philippines and UK.

Bohol residents have been calling for the suspension of flights from China after two Chinese nationals, aged two and 36, showed flu-like symptoms as they arrived in Bohol from Guangdong, China last week.

Local health authorities have deemed the two cases as unlikely to be nCoV but the worldwide scare has been enough to prompt the public to call for the flight cancellations.

“Bohol officials must cancel their entry to our province for everybody’s safety,” said Nimfa Ayco in a comment on a Facebook post of the Chronicle showing the arrival of 172 passengers from Chengdu at the BPIA on Friday last week.

“Dili diay ni pwede nga dili sa ta modawat og tourist gikan china? What is more important, the health and safety of our countrymen or the income which we get from these tourist?” Brayden Brylle said.

The two were only among a slew of other netizens who called for the cancellation of direct China-Bohol flights through the Chronicle‘s Facebook post alone.

Others meanwhile expressed concern over the entry of tourists through the Tagbilaran City Tourist Port, the province’s busiest gateway.

The facility and all of the province’s seaports are not equipped with thermal scanners.

“How about the seaport in Tagbilaran? Do we have any health and safety measures for those Chinese coming in the province? Their point of entry is not only at the airport. Last night, some Chinese were on board the Ocean Jet and entering Tagbilaran freely. We don’t know one of them is a carrier of the coronavirus,” said Cora Monroid, Department of Labor and Employment Bohol officer-in-charge, through the same Facebook post.