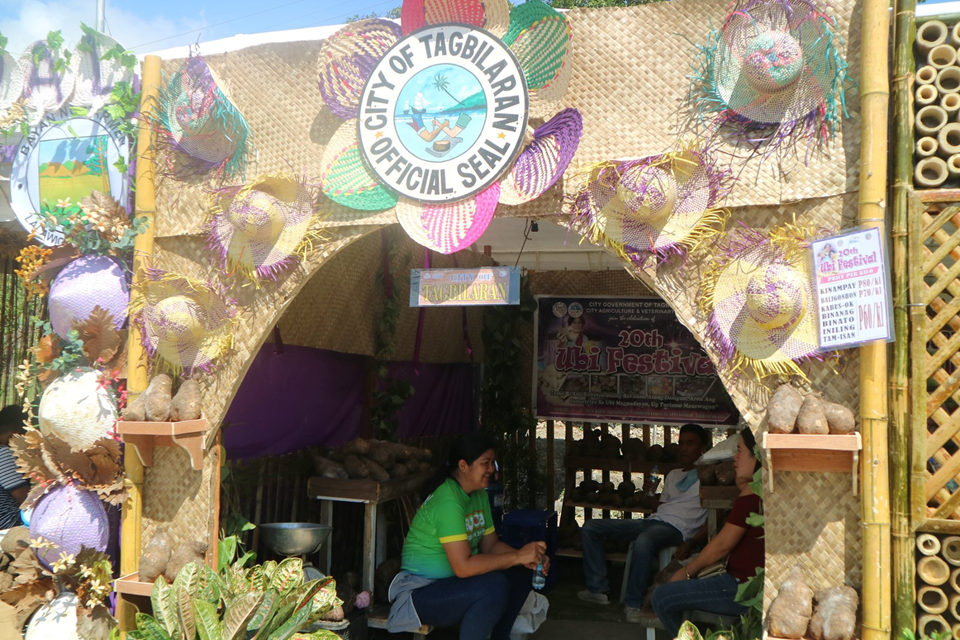 The Office of the Provincial Agriculturist during an assessment meeting on Monday calculated over P900,000 in total sales during the event held at the Agricultural Promotions Center in Tagbilaran City from January 28 to January 31 which was P200,000 more than the sales recorded in the previous year.

Pamugas attributed the growth in sales to the additional day allotted for the festival noting that the 19th edition of the event was only held for three days.

The town of Ubay raked in the festival’s lion’s share as Pamugas noted that the municipality accounted for “about 30 percent” of the total sales.

There were 25 municipalities and five ubi processors, or businesses selling ube-related products, which joined the festival.

Carmen and Dauis came in second and third, respectively, in terms of sales.

Pamugas deemed the event, whose opening was led by Agriculture Secretary William Dar, a success particularly with the growth in the number of exhibitors.

According to Pamugas, Governor Arthur Yap is planning to reinvent the Ubi Festival by adding more programs and features to the event on top of the existing exhibition of ubi and ubi-related products.

The governor who has repeatedly highlighted his tourism-centric governance to address issues such as poverty wants to add more attractions to the event that would draw in more visitors and extend it to five days.

The province has been moving to expand the province’s ubi industry with the provincial government allotting P2.5 million for planting materials.

Dar who graced the festival also vowed to extend financial support to the province’s ubi industry through a P5 million fund that will be allocated for productivity research through the Bohol Island State University.

Pamugas said that so far around 6,700 hectares of land across Bohol are planted with ubi. (A. Doydora)

A P10-million swine multiplier and technology demonstration farm will soon rise in the province of Bohol, the Department of Agriculture…

NOTE: THIS STORY WAS FIRST PUBLISHED IN THE BOHOL CHRONICLE’S SUNDAY PRINT EDITION. In order to achieve the desired target…