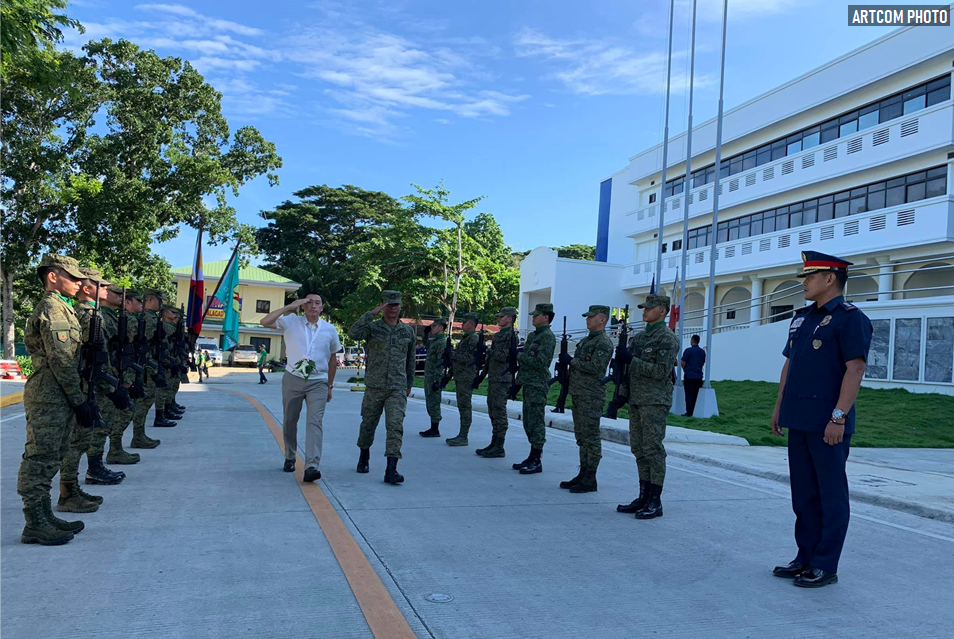 Governor Arthur Yap will return to work at the Capitol on Tuesday after serving a 90-day suspension which was ordered by the Sandiganbayan while investigation of graft charges against him are ongoing.

This was confirmed Monday by Provincial Administrator Kathyrin Pioquinto.

Yap who was served a suspension order by Department of Interior and Local Government 7 director Leocadio Trovela  on November 19, 2019 will hit the ground running with multiple activities lined up on his first day.

According to Pioquinto, Yap will mark his return with a Holy Mass at 8 a.m. at the Capitol.

He will then lead the turnover of motorcycles to the local government units of Bien Unido and Garcia Hernandez under Mayor Rene Borenaga and Mayor Tita Baja, respectively.

Pioquinto said that Yap will then hand over P50,000 to each of the nine Boholano athletes who represented the Philippines during the 2019 Southeast Asian Games.

He is also expected to attend a confederation agreement signing of local tourist transport operators before heading back to the Capitol to lead a Provincial Disaster Risk Reduction and Management Council meeting.

Pioquinto had earlier highlighted that Yap’s suspension is merely preventive and not a penalty nor an indication of guilt.

Section 13 of Republic Act 3019, also known as the Anti-Graft and Corrupt Practices Act, mandates the suspension of a public official from office pending investigation for any offense involving public funds or property or fraud on the government.

Yap’s 90-day preventive suspension was ordered by the Sandiganbayan in connection with charges filed against him over the pork barrel scam.

Yap, a former Agriculture secretary, was one of the accused in charges of graft, malversation through falsification, and malversation filed by the Office of the Ombudsman before the Sandiganbayan in 2017 against former Misamis Occidental 1st District Representative Marina P. Clarete and other individuals over the alleged misappropriation of her Priority Development Assistance Fund (PDAF) or pork barrel allocation totaling P62.63 million between 2007 and 2009.

The suspension order was based on a Sandiganbayan resolution dated September 18, 2019.

Prior to the issuance of the order, the governor said he was looking forward for the suspension to start so he can serve it and return to office.

Yap has expressed confidence that his name would be cleared after years of being implicated in the fund mess, noting that even the Office of the Solicitor General (OSG) has sided with him in having the case junked.

“In fact, the OSG characterized the OMBs action as wantonly in violation of the laws of evidence when it lumped all the implementing agencies and Me in determining liability. The OSG said that there was not a single piece of evidence showing my participation in the implementation of the assailed PDAF contracts,” he added.

“In the case of former Bukidnon Congressman Candido Pancrudo, the Ombudsman said that I simply transferred the funds to another government entity, not a private one. Hence, the act was not manifestly or grossly disadvantageous to the government. The case of former La Union congressman Thomas Dumpit was also dismissed on the ground of insufficiency of evidence and lack of allegations establishing my involvement in any conspiracy. Why then would the Clarete case against me prosper when my involvement is simply to transfer funds to another government agency?” he said. (rt)