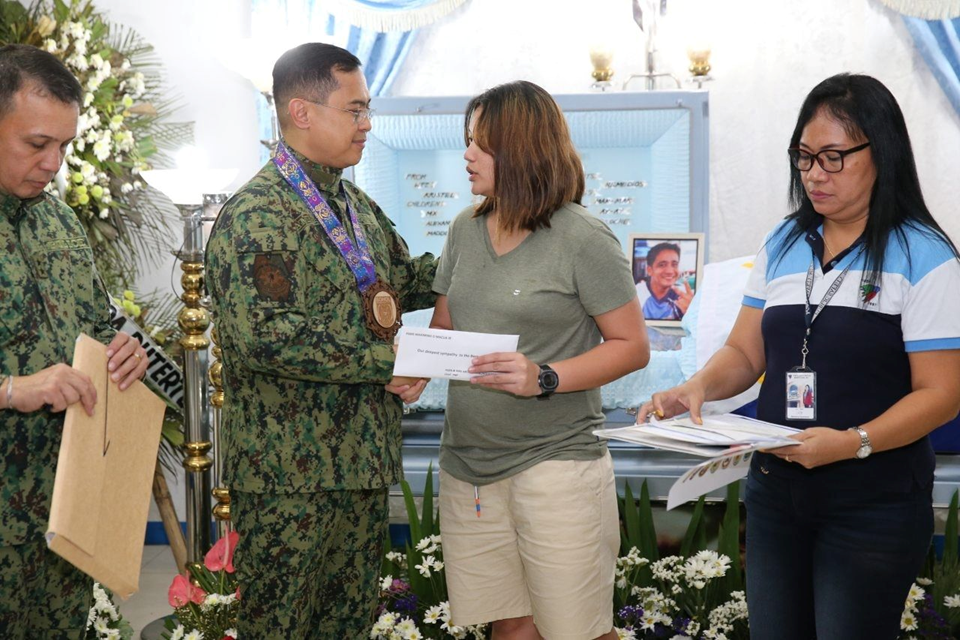 Gamboa who was on his first official visit to Bohol as the country’s top cop also extended financial assistance and his condolences to the Macuas and the family of Staff Sgt. Juliet Tuquib.

Tuquib was allegedly shot dead in her Tubigon home last month by her husband, Staff Sgt. Ariel Tuquib, who remains in a coma after shooting himself in the head.

According to Gamboa, the deaths of police officers who were killed in the line of duty should serve as an inspiration for active cops for their dedication to their work.

Macua was killed while operating as a poseur-buyer during a buy-bust operation in Mambaling, Cebu City on February 11. He was gunned down by the operation’s target.

He was the third Boholano police officer to be killed in a span of less than two months.

Before Juliet was killed in Tubigon on January 27, Corporal Arnel Bayot while driving his car in Maribojoc was gunned down by still unidentified heavily armed assailants on January 7.