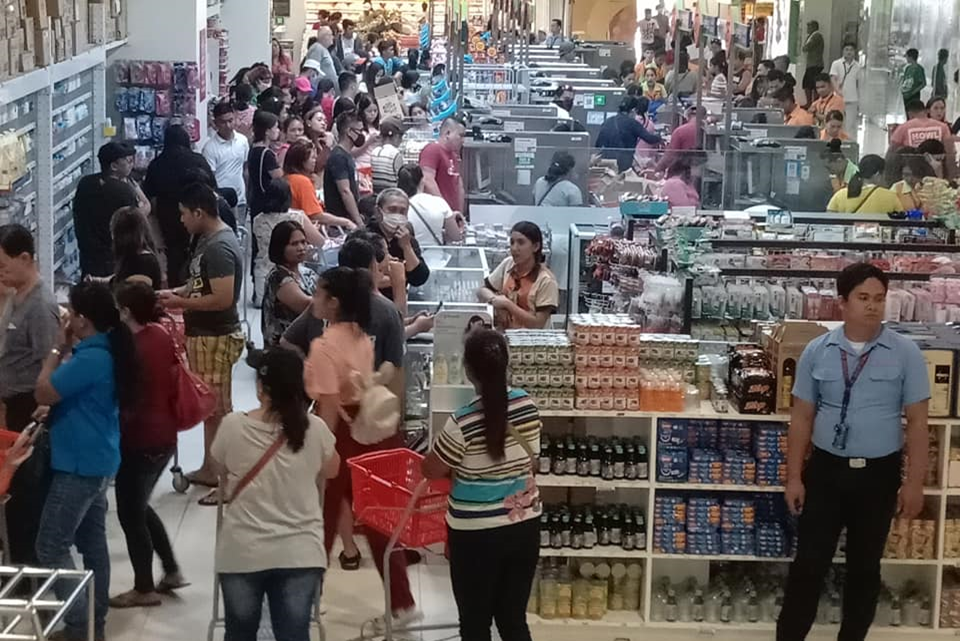 A top Department of Trade and Industry (DTI) official called on the public to refrain from hoarding or stockpiling basic goods as Boholanos started to stock up on necessities following the Capitol’s announcement to impose a five-day community quarantine next week.

According to Caberte, they have directed local supermarkets to limit the sale of basic goods particularly those in demand such as alcohol to two bottles per transaction.

However, she admitted that it would be difficult to impose the measure.

Caberte said that there is no need for hoarding as there is enough supply of necessities even amid lockdowns and community quarantine measures in various localities.

She said that President Duterte has assured that the movement of goods across the country will not be hampered even with the travel restrictions.

Meanwhile, Executive Order (EO) No. 8, which was signed by Governor Arthur Yap on Friday, exempts domestic cargo planes and vessels from the community quarantine in Bohol which bars inbound travel into the island from March 16 to March 20.

The quarantine will be implemented to prevent the entry of the coronavirus disease (COVID 19) into the province and better prepare local authorities in responding to emergencies involving the virus and in dealing with an outbreak.

The EO also urged the DTI to enforce laws and implement a price freeze on basic goods for the duration of the quarantine.

“The Department of Trade and Industry is enjoined to monitor the prices and implement a price freeze of all basic commodities and impose appropriate sanctions and penalties to erring business establishments,” Yap stated in the order.

According to Caberte, those who will violate the price freeze will face penalties of at least P1 million, imprisonment or both.

“It is a criminal offense giklaro na under the law,” she said.

Caberte also assured that malls and supermarkets will be open throughout the quarantine period.

Filipinos nationwide have been reported to be stocking up on basic commodities amid the growing COVID scare.

Metro Manila and Bohol will be placed on community quarantine starting Sunday and Monday, respectively, due to the rapid spread of the disease in the country.

There are 98 confirmed COVID cases nationwide as of Saturday afternoon, while in Bohol, there are no reported cases.

However, five people have been quarantined in Bohol for suspicion of having contracted the disease while the country’s third case was confined at a hospital in the province back in January before leaving for China. (R. Tutas)

Of 6 bidders for Bohol power plant, only 1 left

Locals fill resorts during Holy Week; no tourists yet

NOTE: THIS STORY WAS FIRST PUBLISHED IN THE BOHOL CHRONICLE’S SUNDAY PRINT EDITION. Panglao hoteliers reported a bit of an…

Arrivals in Bohol doubled after relaxing of entry protocols –OceanJet

OceanJet, the only fastcraft plying the once busy Tagbilaran-Cebu sea route, reported an almost twofold increase in passenger arrivals after…

Bohol tourism seen to bounce back as entry protocols eased

Ocean Jet, the leading fastcraft in Bohol, is prepared to add more trips should the number of passengers start to…