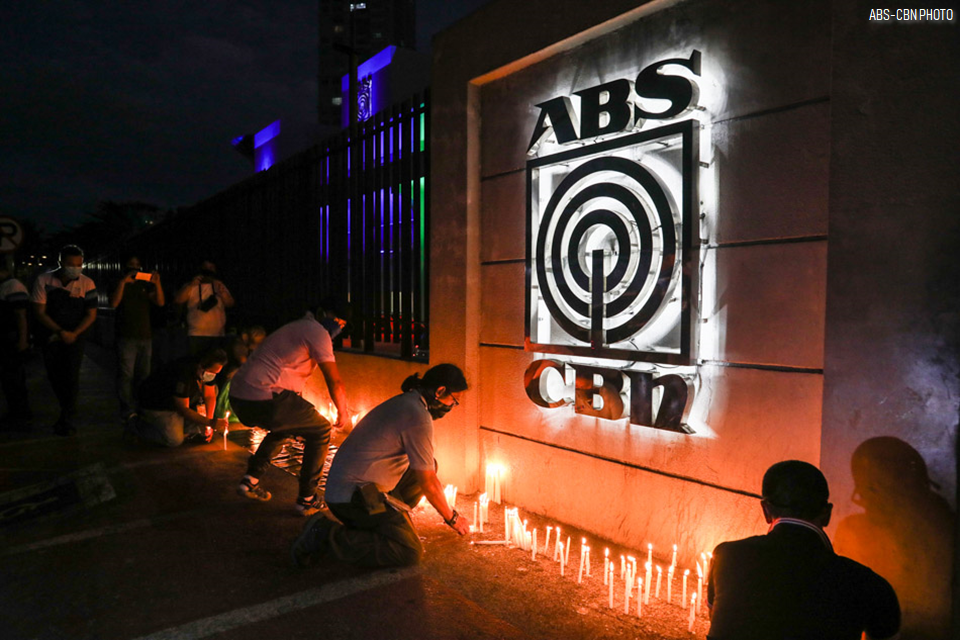 FOR MILLIONS OF Filipinos here and overseas- it felt like Good Friday yesterday as the NTC (National Telecommunication Commission) ordered the Philippine’s largest broadcasting network to stop operations through a Cease and Desist Order.

As of May 4, 2020, the 25-year old franchise of ABSCBN expired- which was used as a basis for the closure order. Is that legal?

To everyone’s knowledge, it is only Congress through its Committee on Franchises and seconded by the Senate Committee on Public Service which has the EXCLUSIVE legal right to grant, renew or cancel a franchise it had originally granted.

Since NTC does not have such power over such legal nature over franchises- it should have followed the order coming from a legal authority on such matters (which is Congress) to grant a provisional authority while Congress was debating the matter of renewal.

Peeved by this recent apparent snub of the NTC over it legal powers over franchises, Congress vowed to take NTC to their halls and cite NTC for contempt for not obeying its orders.

The Solicitor General, who had shown its anti-ABS CBN colors even beforehand said there is no such law that authorizes the NTC to grant such provisional authority. The SolGen could be splitting hair here- but let us leave it at that.

Congress, who had delayed the taking up of the ABS franchise LONG AFTER the first bill to move for its renewal was filed almost a year ago- July 2019, is of course, also partly to blame. Congress,  which is now caught in a tangle of legal niceties, must redeem its honor now- if it respects itself enough.

What should Congress do?

One, Congress and/or ABSCBN should seek relief from the Supreme Court- to issue a TRO (Temporary Restraining Order) to defuse the NTC order.

Two, take the unintended advice of the SolGen (since there is no such law) by passing a new law quickly allowing NTC to grant a provisional franchise if so ordered by Congress, who has the sole powers over franchises.

Third,  and alternative as the best option is to quickly pass the approval of the franchise of Congress or even grant a NEW 25-year franchise (as it has such power to do so) and we are certain this will quickly pass the Senate for the President’s eventual signature.

The Palace, whether or not it has knowledge of this powerplay, said last night that ABSCBN has to exercise its legal options to defend its case. The above three are examples of such legal options. There could be others.

Congress, for all its appearances of being angry over this, has to take some of the blame for the delay. Many networks were earlier approved including rival GMA 7 and many others who were -allowed to operate (without NTC intervening) for networks even whose franchises expired but had applied for an extension before the expiry dates.

Why single out ABSCBN?

This is one moment where Congress can redeem its soiled name and its culpability in being party to the delay of the franchise approval by saving ABS CBN from permanent closure.

They owe it to the Filipino nation.

To our knowledge, ABSCBN has not violated any broadcast ethics or tax violations in the past to merit its closure.

Instead, it is everyone’s knowledge (especially during the COVID -19 crisis) that the network has braved financial burdens just so it can bring the most comprehensive national coverage of the pandemic and especially of the success of the “Pantawid ng Pagibig” or social amelioration program for those financially hurt by this crisis.

And likewise, let us not forget the role of ABCBN  during many tragedies and calamities in the past-it stood as an active gatekeeper of the nation’s welfare.

Is this the way we repay such outstanding acts of public service? Has gratitude (utang an loob) already escaped the basic instincts of  Filipinos?

Moreover, to the millions of common tao- this network has provided for them with a nationwide entertainment channel that has assuaged many poor Filipinos – crushed by lack of food, fear of death and locked in their homes.

It is not exaggerating the point that the entertainment portion of the network has probably saved from  a mental collapse many suffering  Filipinos through its teleserye, old movies, singing contests and entertainment shows.

Can a closure of a “basic friend of the Filipino nation” be as worse a timing as this one?

And what about the 11,000 employees of the network- the soldiers who bring day in and day out up- to- the- minute news and thrilling entertainment- shall we reward them with the loss of jobs and let them join the long crowd lining up for dole-outs under the Special Amelioration Fund? Pagka-luoy sad.

This must break their hearts – oh so terribly. Maybe beyond repair.

But we are a nation tried to the limits already because of the pandemic. We have nothing more to lose.

So, therefore, let us close ranks as one and speak as a nation and ask for the reinstatement of the broadcasting rights of ABSCBN and let the legal process work for its confirmation.

Let your voices be heard so loud that the whole world will hear.

Prove Filipinos are not cowards and that we can form solidarity with the truth and justice.

IS ABSCBN permanently dead? Only if we, Filipinos allow it.

Do not drop the ball, brothers and sisters.