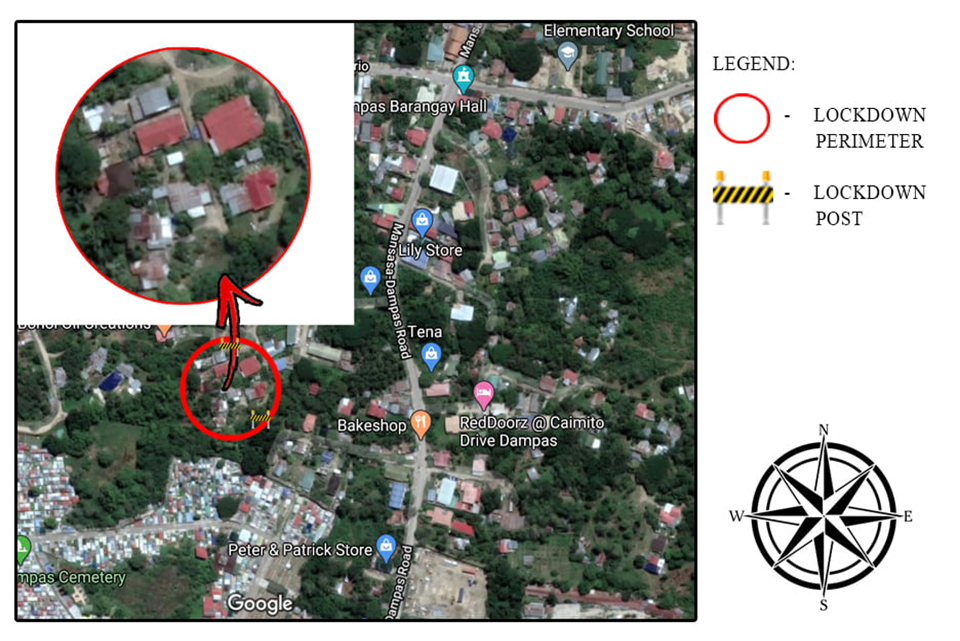 Tagbilaran City Mayor Baba Yap on Sunday placed on lockdown a segment of a sitio in Tagbilaran City after a 13-year-old resident of the area tested positive for COVID-19.

The boy, a resident of Purok Centro 1 of Barangay Dampas, had no travel history and is the youngest to be infected with the respiratory disease in Bohol.

According to Yap, the boy who is currently asymptomatic was tested through a polymerase chain-reaction test after his cousin was earlier found to have been infected with the disease.

The boy’s cousin traveled from Bohol to Metro Manila through a sweeper flight and tested positive for COVID-19 in the capital region on July 11.

Governor Art Yap, in a separate statement, said that the case was considered as a community transmission.

He called on the public to continue practicing social distancing measures and wearing face masks to contain the spread of the highly contagious disease.

According to Baba, the boy’s entire family was tested for the disease but he was the only one who yielded a positive result.

Other than the lockdown of several blocks in the city, the boy and his family have also been transferred to an isolation facility.

Those affected by the lockdown are set to be given relief goods.

There are 24 active cases, 42 recoveries and three deaths in the province.