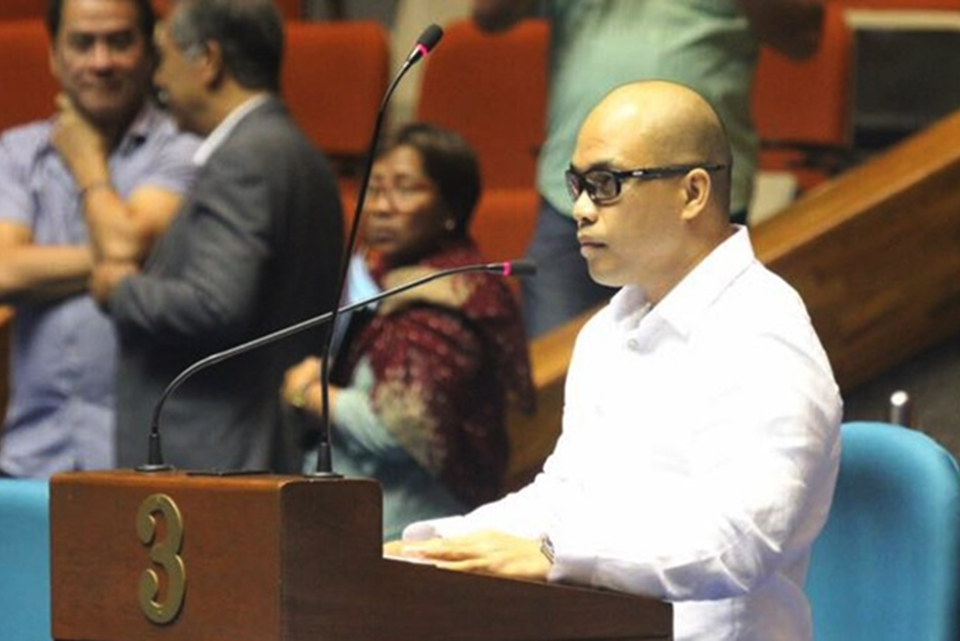 The lone Bohol representative who was pulled into the midst of the Congressional fiasco will be joining an unprecedented resumption of session of the Lower House in Quezon City on Tuesday.

Rep. ArisAumentado who belongs to the Nationalist People’s Coalition (NPC) will be among the congressmen who will convene a new majority bloc if Cayetano can be ousted as House Speaker.

Rep. Aumentado was picked up by a private plane yesterday afternoon bound for Manila in time for the resumption of session on Tuesday.

This development is an offshoot to the House speakership controversy that erupted last Tuesday when Speaker  Cayetano declared the abrupt suspension of session right  after approving on second reading the 2021 General Appropriations Act (GAA) or the national budget.

Rep. Allan Lord Velasco who was supposed to assume the speakership following a term sharing deal with Rep. Cayetano failed to do so after the sessions were declared suspended.

The second district solon is the lone NPC congressman in the province.

The Chronicle learned that this show of force during the reopening session on Tuesday has the imprimatur of Malacanang after Pres. Rodrigo Duterte himself went on nationwide broadcast last Thursday warning Congress that if “you can not solve your  problem, then I will solve it for you.”

The President announced that he will reconvene Congress Tuesday until Friday following the suspension of session declared by Cayetano.

The President expressed disgust after Speaker Cayetano did not respect the earlier agreed time sharing with Rep. Velasco. In fact, during a mediation meeting presided by the President, a second chance was given to Caytetano for a smooth turnover to Velasco supposedly this Wednesday, Oct 14.

Political observers view this House speakership controversy to have a far-reaching influence on the 2022 national and local elections.

The sealed identity of Aumentado as an NPC member emboldens the reported plan of the young solon to run for governor in 2022 polls especially now that the Speakership will likely go to Rep. Velasco.

Amidst this development a realignment is expected to follow among town mayors as to their political affiliation.

With Gov. Art Yap’s pronounced body language to run for re-election and Aumentado’s gubernatorial plans appearing to be sealed in due time, town mayors will now have to signify their respective “political drift.”

Of the three congressmen, only 1st district Rep. Chatto is aligned with Yap.

While elections barely 19 months away, the realignment among town mayors is expected to snowball after the Christmas break.

NOTE: This story was first published in The Bohol Chronicle’s Sunday print edition. Boholanos are alarmed by the surge of COVID-19…

Amid the soaring number of COVID-19 cases in Bohol, Governor Art Yap on Friday said that he is in favor…

No casualty from Tropical Storm “Dante” was reported in Bohol as of Wednesday morning, but heavy rains brought by the…

Signal No. 1 was hoisted over Bohol on Tuesday morning as Tropical Storm Dante continued to move westward over the…

NOTE: THIS STORY WAS FIRST PUBLISHED IN THE BOHOL CHRONICLE’S SUNDAY PRINT EDITION. The Commission on Audit (COA) called the…