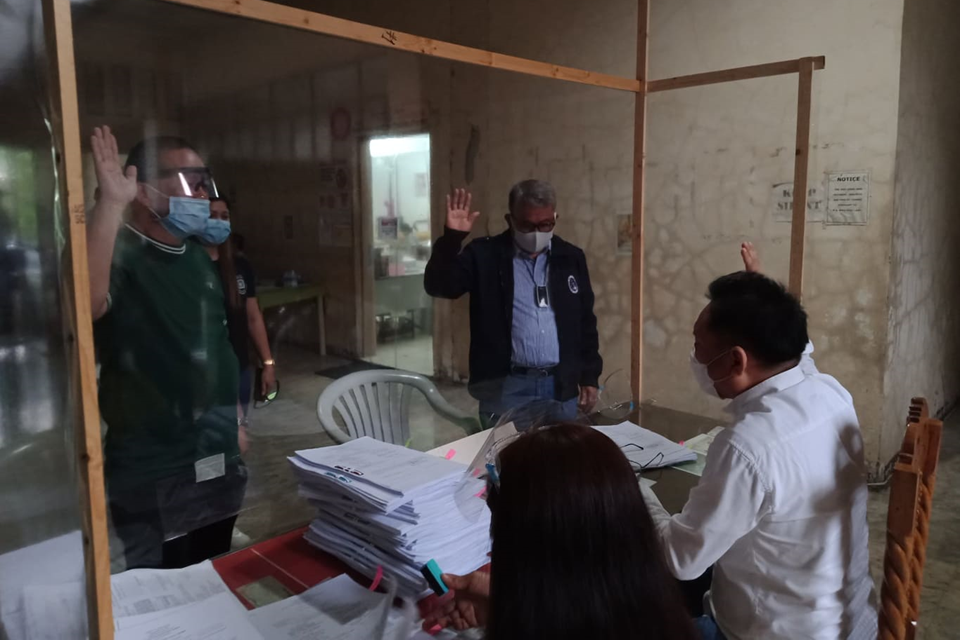 The Bohol Inter-Agency Task Force (BIATF) on Thursday filed before the Bohol Provincial Prosecutor’s Office a criminal complaint against Panglao Mayor Nila Montero for allegedly breaking health protocols set by the province as part of measures to help contain the spread of COVID-19.

Montero, if found guilty of the charges, could face imprisonment of up to one year, be slapped with a P5,000 fine or both, said  Provincial Legal Office (PLO) chief lawyer Nilo Ahat.

Some 15 others who were with Montero during her Cebu trip were charged along the last-term municipal chief executive based on the complaint which was received by 1st Assistant Provincial Prosecutor Eric Ucat.

Montero has been accused of failing to secure authorization from the Office of the Governor and the BIATF for her travel to Cebu and back to Bohol in September. She also allegedly failed to undergo quarantine upon her return to the province.

Her alleged failure to isolate herself prompted Governor Art Yap and First District Rep. Edgar Chatto to undergo self quarantine after she met them in a public gathering three days after her arrival in the province.

Those entering the province are required to undergo a 14-day quarantine which may only be cut short to five days after testing negative in a polymerase chain reaction test.

Ahat, answering questions on the perceived delayed filing of the complaint, explained that they had to thoroughly review the merits of the case before taking action so that due process may be observed.

The official expressed optimism that the case which has drawn heavy interest from the public and has dragged on for weeks would soon arrive at a resolution.

“By filing this in court, hopefully this will straighten out this case from the bar of public opinion to the bar of justice,” he added.

However, in a letter to Yap, Clarito last month recommended that “the case against Mayor Montero and company be dropped and closed.”

Amid public furor over the BPPO’s recommendation to drop the probe, the case was referred to the PLO which in turn recommended that charges be filed against Montero for breach of community quarantine protocols as stipulated in Provincial Ordinance 2020-22. (with R. Tutas)